Tespa is North America’s leading college gaming network, with over 65,000 members and 220 student chapters on college campuses across the United States and Canada. Tespa’s focus has been on creating a community of student gamers who are able to pursue their love of gaming through competitive tournaments and student-run chapters. By offering scholarships for gifted players and establishing a place where gamers can cultivate their passion for esports, Tespa is developing the careers of tomorrow’s esports professionals while they complete their degrees. I had the pleasure of speaking with Adam and Tyler Rosen, the co-founders of Tespa, to discuss Tespa’s upcoming plans for the 2017-2018 academic year.

Adam and Tyler Rosen’s passion for gaming is what sparked the creation of Tespa, so it should come to no one’s surprise that the changes coming in the upcoming academic year are designed with the interests and lifestyles of college students in mind. Adam explained that one of the changes coming in 2017 – 2018 is the rollout of an open membership system. This new framework will allow students who attend any institute of higher education in the United States or Canada to become a Tespa member, regardless of whether the school they attend actually has a Tespa chapter. For Adam and Tyler, it’s important that Tespa communities emerge organically. In the past, Adam admits “[Tespa] had schools that were highly represented in our tournaments but didn’t have a community on campus.” Adam outlines the two “pillars” that guide Tespa’s efforts on college campuses: “One pillar is the community, and the other is the competitive side.” Both of these pillars are important factors in the growth and continued success of the college gaming network they’ve created.

The second change college esports fans can expect to see this this academic year is a more organized schedule for competitions. In previous years, Tespa has had what Adam describes as a “fractured” system, where announcements for Hearthstone tournaments and Overwatch tournaments were announced in a haphazard fashion throughout the year. There wasn’t a cohesive schedule with all the tournaments and events in the academic school year. This year, however, Tespa is releasing an official season outline that will include information–including dates, locations, and registration instructions–for all tournaments set to take place during the 2017 – 2018 academic year. 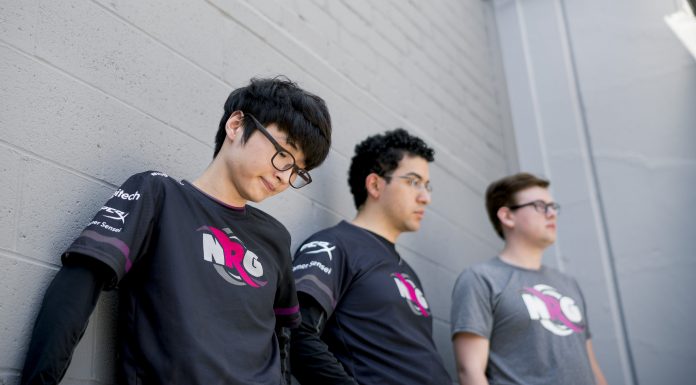 The release of a schedule might seem fairly standard for those who work in higher education, but it’s a welcome change of pace in the college esports scene. It not only allows Tespa members to track when tournaments are being held, but helps demonstrate the stability of the competitive gaming scene to universities and colleges.  Adam believes that by creating an ecosystem with “stable seasons and a recognizable pattern of tournaments” will ensure that Tespa chapters have a place on college campuses in the years to come.

There’s more good news for college gamers. Tespa has also partnered with Blizzard, who will be giving players in-game virtual rewards when they participate in Tespa-organized events during the academic year. If Tespa hosts an Overwatch, Hearthstone, Heroes of the Storm, or World of Warcraft event, and you participate in it, you could earn loot chests, card packs, or other digital goodies. It’s a small way to reward players who invest energy into preparing for these events, Adam explains.

Tespa has a new Premium membership program, Tespa Plus, on the way this year. Adam and Tyler explained that Tespa Plus is their way of giving more value to students “who are the most invested and most involved members of Tespa.” The Premium membership offers a mixture of physical and digital goodies, including Tespa-branded t-shirts, mouse pads, and lanyards. Tespa Plus members also get access to unique in-game rewards, including Hearthstone card backs with Tespa’s logo and unique Overwatch portraits. The concept behind these exclusive items, Adam tells me, is that it gives students a way to showcase their “college pride.” On campus and in-game, members will be able recognize other Tespa members. This creates the opportunity to identify and connect with people who share your passion, which, for gamers, can often be a major social hurdle.

The Future for Tespa

Tespa is, at its core, all about building a network of gamers and integrating esports into academic culture. The changes that they have made to this academic year reflect their continued effort to improve collegiate esports and to continue to build lasting communities. Because of the curious relationship between collegiate sports and major sporting leagues, I was curious to know if Tespa had any intentions of creating a “feeder system,” where their pool of semi-professional gamers could expect to be scouted by top teams. Tyler tells me that while they don’t necessarily have the infrastructure ready for anything formal or official, “a lot of the top players we talked to told us that the visibility” of organizations like Tespa means a lot for their future careers, and esports organizations have their eyes on these players.

While Tespa is always pleased to see their top-performing members move onto careers as professional gamers, Tyler emphasized the important role of Tespa as an organization that allows players to pursue a degree without having to give up their passion for gaming. Tyler envisions a future where “a professional gamer who went straight into the professional scene after graduating high school can return to college, continue to play, but also make sure they’re focused on getting a degree” and setting up other career options. Supporting both players who wish to pursue their goals of getting into the esports industry as well as supporting ex-professional players who are seeking to earn a degree are two major ways that Tyler envisions the competitive pillar of Tespa growing.

How to Get Involved in Tespa

With the start of the school year just around the corner, there’s no better time to become a member of Tespa if you’re a college or university student. Starting a chapter is easy, and if you love Whether you’re dreaming of snagging first place at Heroes of the Dorm or just want to engage with other gamers as a social activity, Tespa is one of the largest–and most well-supported–collegiate gaming networks out there. Partnerships with Blizzard, Twitch, and Psyonix (Rocket League), are nothing to sneeze at, and Tespa has the support, membership base, and funding that college esports organizations often lack.

Check out Tespa’s website to learn more about the upcoming academic year and join your local chapter. 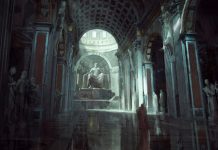