Dota 2 Eugene Torubalko -
-203
Aghanim’s Labyrinth, for Fun or for Prizes! The new event in Dota 2 and Battle Pass 2020 gave us the...
(Featured image via Grinding Gear Games.)

We’ve all been getting ready for the launch of Fall of Oriath. None of us more than the streamers who are planning on logging several hundred hours this weekend when the game’s 3.0 expansion finally launches today. (The math checks out, I promise.) Every streamer has been planning out new builds and getting ready for the marathon that is to come.

But what about us non-streamers? Planning can be tough, and I know that a lot of people, myself included, often look to the streamers to see where their hard planning has gotten them. Many of the streamers and community figures indulge us and choose to release their plans. Some actually create guides regarding their planned build. A few even create a guide for a host of potential builds. This article is for those of you like me, who want to see what everyone is doing at the start of the new league. I’ve compiled as many big streamers and community members’ videos as possible here. Check them out, and hopefully you’ll find some insight into a build of your own!

Mathil has become probably the go-to streamer for builds over the past year or so. Not only is he dashingly handsome, but he has a way of making nearly any build work. In fact, there’s a phenomenon in Path of Exile called the ‘Mathil effect’. This occurs when he makes a new build, and the price of the items used shoots up tenfold, because everyone wants to try it out. So whenever you go to one of his recent builds, know that he’s likely largely understating the cost of the items within it. All that said, he makes extremely good builds.

As usual, he made a video with a handful of builds for the start of the 3.0 launch. This includes the build that he will be playing. He covers five different builds in his video, all of which are meant to be builds that can easily make it to end game with no starting income.

The first is Scorching Ray Trickster. This build is extremely strong at both bossing and clearing. The biggest issue is that it forces you to stand still while casting. Watching the gameplay you may find it extremely clunky, as he dashes into a new room, drops orb of storms, and proceeds to stand still for a few seconds as Scorching Ray ticks. This playstyle may not be for you. But if it is, know that the potential power behind that beam is immense. It may not look like he is killing small mobs that fast. However, the beam’s damage ramps up for every second it channels. This allows it to easily melt bosses, particularly with the help of Elemental Equilibrium and Elemental Overload. It’s a very strong build, if you can get past the clunkiness.

The second is Sunder/Cyclone Slayer. There isn’t that much to say about it, to be perfectly frank. The build makes use of high damage weapons and abilities, and kills things fast. The downside is that the build is melee, restricting your clearspeed and increasing danger. Cyclone will be particularly popular this patch because they made some improvements to the movement. This means the popular Cyclone build items might be a lot more expensive. But if you want to spin through enemies, or smash them in the face, this is a simple brawler build. 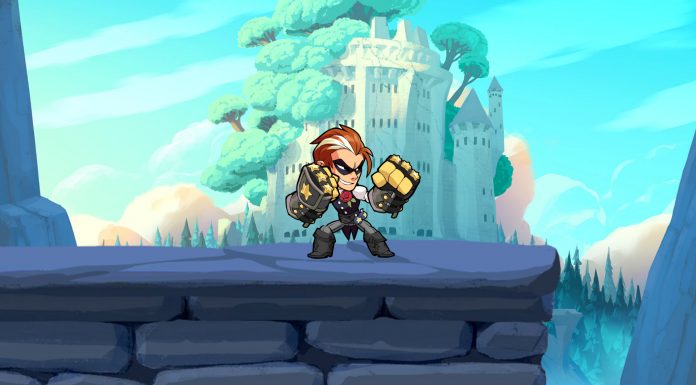 The third is the build that Mathil himself plans to play, Blade Vortex Inquisitor. Blade Vortex is well established as one of the strongest bossing skills in the game. This is because you can stack up your twenty stacks while the boss is appearing. Your wind up allows you to melt them easily in most cases. This makes this build particularly strong for early bossing, allowing you to get rich at the start of a league. The build makes use of nodes, Hatred, and Hrimsorrow to convert the damage entirely to Elemental. This allows it to be buffed even more by nodes and other bonuses. It’s a very strong fast build with very few downsides, other than being boring if you’ve done it every other league.

The fourth is Frost Blades Raider. Again, not too much to say here. Use Frost Blades for a few minutes and you’ll understand everything the build offers. The build is extremely fast at clearing because of the branching that Frost Blades offers. However it’s one of the slower bossing builds. I wouldn’t recommend this if 3.0 is your first league ever, Frost Blades can be tricky, particularly for required bosses. But if you know what you’re doing, then give it a go.

The final build is a Storm Burst Inquisitor. I don’t know much about the build, and Mathil himself admits he isn’t sure if this one will work. In fact, he plans to start with this build, but figures he will likely convert it to the Blade Vortex Inquisitor from above. The reason we are unsure is because Storm Burst is an entirely new skill being released in 3.0! The build looks really cool, and it’s definitely something I want to try. But it’s not a league starter for newer players, by any means, because we really don’t know how good it is! If you’re interested, watch the video, I can’t tell you much about it.

Pohx is more of a streamer than a build creator, in general. However, last league he gained quite a bit of popularity for pushing Righteous Fire further than anyone thought possible. He cleared all the content in the game with relative ease, and upon repeated request, he made some guides. If you’re interested in Righteous Fire in general, check out his YouTube channel. He has a lot of guides about all the nuances behind Righteous Fire, as well as several different builds. He’s a bit more meme-y than others, but his builds are excellent.

For 3.0, he’s continuing the Righteous Fire trend, but this time on a Berserker. Righteous Fire builds are all fairly similar in how they perform, differing mainly on health versus mitigation. Unlike builds of the past, this build is entirely health based, no energy shield. If you’ve played Righteous Fire in the past, you know this is a pretty big change. To be clear, Righteous Fire is not a typical build starter. It requires certain specific unique items, which can be quite pricey early in the league. That being said, if you can get it going it’s a very strong build, and one of the safest. The high life pool is only made better when you are able to use potions, so you’ll be hard pressed to die. It’s a bit tough to get going, but a very good build for bossing and clearing. Not a fast build, but a safe one.

Lifting isn’t as much a streamer as the others are, as he tends to produce more YouTube content. He makes quite a few guides, and they’re all very good, particularly for newer players. His video showcases the only totem build on the list, surprisingly enough. Quad Frostbolt Totem Hierophant. That enough of a mouthful for you? This build is built around having four totems active at once, all of them shooting out rapid fire Frostbolts. In five directions. Just watch the video for a few seconds, you’ll see exactly what I mean.

As twenty Frostbolts flying four times a second would imply, this build is extremely good at clearing. You can basically run across the map dropping totems and you’re done, everything will melt as you go. However, the build is probably the worst one on the list for bossing. It may not be the slowest, but it’s the only one that is both slow at bossing and doesn’t have any lifesteal. So you have to dodge basically everything while your totems whittle the boss down. Not exactly easy, to say the least. But if you have the Frostbolt Void effect, just watch the video to see how beautiful this build is to watch. And it is very strong, if clearing is what you are looking for. This is probably the fastest clearing build here, in fact. 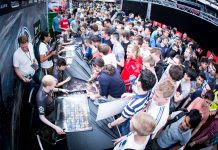