If you haven’t played Brawlhalla yet, you’re missing out. For lovers of fighting games, it’s hard to find any other games that scratch the itch quite as well as Brawlhalla does. Between the intuitive controls, fast-paced combat, diverse cast of characters, and remarkably deep gameplay, it’s easy to get sucked in to the colorful world of Brawlhalla. It might be in Early Access, but it’s got more polish (and love) than plenty of games that get released as final products. This week, we’re going to be taking a closer look at Brawlhalla’s experimental dash mechanic, and taking a sneak peek at the newest legend.

I might have the clumsiest fingers this side of the Mississippi, but I’m a sucker for movement mechanics. In our Early Access preview, Stephen highlighted Brawlhalla’s dodging mechanics as one of the game’s strongest points, and I couldn’t agree more. Executing a well-timed dodge and leaving your opponent to awkwardly finish their attack animation feels great. Your dodge does have a cooldown, of course, but it gets reset when you land a successful hit. In other words, it’s an offensive ability as much as it a defensive one, and when you do it right, you’re able to run circles around other players.

We started hearing rumblings about a new dash mechanic in early July, when a member of Brawlhalla’s dev team posted this on Twitter:

– Full Disclaimer – Still balancing, still tuning, needs animation work, etc.- But… let's just take a look at where it's at from testing. pic.twitter.com/otNiMIIeey

If you’re not sure what’s going on in the clip above, a dash gives you a temporary speed boost — unlike dodges, which can be executed anywhere, dashes can only be performed when you’re on the ground. You can use a dash to catch up to an opponent who’s on the other side of the arena, and it’s an extremely effective way to close the distance between yourself and the unlucky person who’s about to be on the receiving end of your weapon of choice. 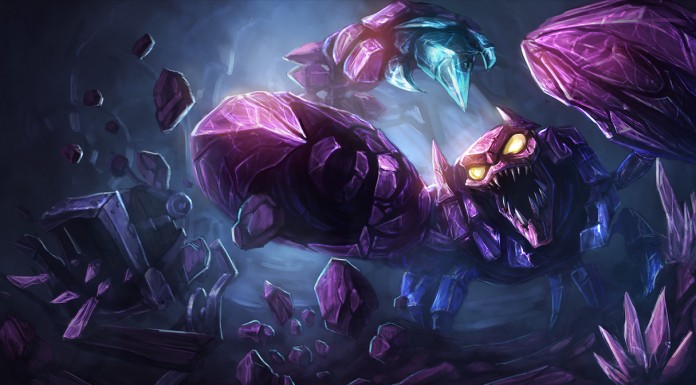 I spent a couple hours messing around in the Test Lab over the weekend, and even though it’s still a work-in-progress, the dash mechanic adds an extra layer of depth (and potential mastery) to an already mechanically demanding game. In other words, I’m a fan.

Players on the ground pose more of a threat when they’re able to dash around the arena, which means that when you’re airborne, you’ll need to exercise more caution about how–and where–you choose to land. I asked a couple opponents for their thoughts after getting rekt in the Test Lab, and the response to the new dash mechanic was overwhelmingly positive. One player commented that the current method of activating the dash is a bit cumbersome, and that instead of using down/down-diagonal + dodge, it might be better if you could start a dash by double-tapping left or right.

The dash mechanic is still under development, and Brawlhalla’s Community Manager, Raidhyn, confirmed that “there’s no rush to graduate it from Test Features to live. We’re planning to take things slow and absorb as much player feedback as possible.”

If you want to try out the dash mechanic for yourself, just load up Brawlhalla, hit “Play” on the main menu, and select “Experimental 1v1.” For more information, check out the official patch notes. 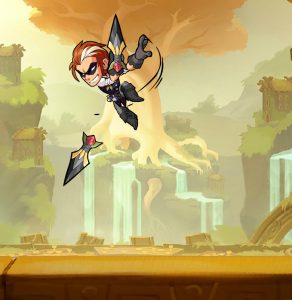 Brawlhalla already has an impressive number of different characters (“legends”) for players to choose from, and fans can expect to see another new face, currently going under the placeholder name of “Thief,” added to the roster in tomorrow’s patch. He’s a Katars + Gauntlet character with high base Strength stats and a killer hairdo.

Details about the new legend are being kept under wraps, and you’ll have to wait until tomorrow’s patch goes live before learning Thief’s real name.

In the meantime, you can check out some of the community’s fanart. Personally, I’m a fan of this freckled rendition.

Brawlhalla is available (for free) on Steam. 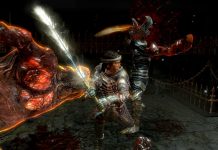