General Stephen Draper -
-6.8k
Path of Exile Shaping Before you start shaping your Path of Exile Atlas, we suggest you read our introduction to the Atlas. Once you have...
(Noel Rosario [left] competing at a Brawlhalla event. Image via @raidhyn on Twitter.)

Brawlhalla hasn’t just gotten the attention of folks looking to try out a new fighting game, it’s also attracted professional players who are determined to carve out their place in the esports history books. Noel “noeL” Rosario is one of those players. He first played Brawlhalla in his hometown after he heard about a LAN event for the game. He entered the tournament on a whim, thinking he’d try his hand at Brawlhalla and see what the buzz was about. A year and a half later, he’s in the top ten players worldwide. The self-proclaimed pancake enthusiast and competitive player talked with me about the game’s competitive scene, his journey to the top, and how dedication and hard work are the keys to success.

noeL’s rise to fame started at that local LAN tournament. After a fifth-place finish at the event, he was hooked on Brawlhalla. He kept playing and practicing, competing in as many online and offline events as possible. He often placed in the top ten, but he didn’t start turning heads until the Brawlhalla Winter Championship, where he came in fourth. People were suddenly paying attention. For noeL, his true breakout moment was winning Combo Breaker, an environment where “there [were] no excuses.” His first-place finish at Combo Breaker awarded him not only notoriety within the Brawlhalla community, but a cash prize of $1800. Combo Breaker was the tournament that all of the top players went to, and noeL’s win showed the world that he was able to defeat the best of the best.

His transition from obscurity to notoriety was seamless from that moment on. After his victory at Combo Breaker, noeL has worked hard to maintain his spot at the top of Brawlhalla’s 1 v 1 ranked leaderboards, where he currently occupies the number one position.

There were moments during our conversation where noeL was clearly proud of his impact on the community. His notoriety as a top tier player is still growing, but his reputation as a leader and mentor for other players sets him apart. He told me that new players often came to him to ask for advice about their esports careers–he’s helped them negotiate and review contracts, as well as land sponsorships. Many esports professionals are young, and unfamiliar with the business side of the industry. This kind of mentorship can only come from someone who cares about the community and wants to see it keep growing. With the guidance of a figure like noeL, Brawlhalla’s esports scene might not have to face the same challenges that other facets of the esports world have had to confront.

Brawlhalla might still be in its infancy, but the game has already had its fair share of drama. For noeL, there’s a lot that Brawlhalla can learn from the history of other games. He was keen on discussing second chances in the emotionally charged competitive gaming circuit. Can players, personalities, or owners who have made serious mistakes ever regain the trust of the community? Are second chances as rare as they seem in esports, or is there hope for Brawlhalla’s scene to be a bit more forgiving than other communities?

The CommGamers debacle was, in many ways, similar to the scandals that we’ve seen in other esports–sketchy giveaways, dubious business practices, and immature behavior were all on display. (For the full story, read this lengthy Reddit post.)

The person at the center of the scandal was Matt Brockett, who other players accused of “ddosing, […] personal attacks on me, […] sending packages of shit to our addresses, [and] threatening a 16 year old because [he was] being exposed.” When confronted with his wrongdoings, there was no apology to be found.

These days, Brockett is trying to run a clan and turn things around.

As noeL and I talk about the situation, he explains that he’s talked at length with Matt to try and understand where he’s coming from and whether the apparent 180 is genuine. He agreed that Brockett’s past is far from spectacular, but his current attitude and intentions make him deserving of a second chance. In noeL’s words, “I feel like he deserves a second chance, and attacking [his current behaviour] doesn’t make you a better person. The Brawlhalla community is acting like they’ve never made a mistake.”

Players like Noel are hard to come by in any esport. He’s invested in the community and understands that Brawlhalla’s infancy isn’t a weakness as much as it is a strength. It doesn’t have the same history and ingrained culture as other esports titles. The community, and players like noeL who are willing to take on leadership roles, are tasked with steering the ship.

Make sure you follow noeL on Twitter! Want to see more coverage of the Brawlhalla esports scene? Let us know! 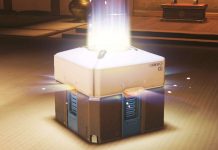