Reviews Elizabeth DiCesare -
-314
ROCCAT Vulcan 120 AIMO Are you in the market for a new gaming keyboard? If so, I recommend checking out the ROCCAT Vulcan 120...
(Featured image via Grinding Gear Games.)

Path of Exile’s Fall of Oriath launch is coming soon. In fact, it’s in beta right now. With the 3.0 launch, you can expect to see a lot of changes. In addition to six new acts worth of playable content, there’s a plethora of balance adjustments and tweaks to existing systems in the works. But there are still plenty of features that we’d like to see added to the game. Small quality-of-life improvements are always welcome, and there are other, more significant changes that could also be implemented. Here’s our wishlist for Path of Exile’s 3.0 release.

If you’ve been playing PoE for a while, you know how much the Templar needs a visual update. The new acts in 3.0 look gorgeous, and the game’s graphics keep getting better. Overall, this is great, but every time the game starts to look prettier, it just makes Templar look worse. He has a massive neck, a bizarre running animation, and shoulders that face inwards. That’s not how bodies work.

The largest source of revenue for Path of Exile’s developers, Grinding Gear Games, is the microtransactions (commonly shortened to “MTX”) that allow you to buy cosmetic items. It’s hard to justify buying a nice set of armor when you know it’s going to look terrible on your character, and Templar doesn’t look good in anything. It’s easy to find Reddit threads where people talk about never buying MTX for their Templar. Others simply flat out refused to play the class because of how it looks. Templar is often referred to as “Giraffe Neck,” but there are plenty of other, less charming, nicknames for the class out there. Of course, it doesn’t really impact the gameplay, but the Templar is an eyesore in an otherwise aesthetically pleasing game.

I’ll be blunt: stash management in Path of Exile is a pain in the ass. You have to move every item individually, no matter where you’re moving it. Best case, you take them all out, move to a different stash, and drop them in. Of course, that’s assuming you don’t need to sort your loot. It’s time consuming and unpleasant. Typically after I farm for 5+ hours I have to spend over half an hour just emptying my drop box. If I didn’t have a drop box, this would take even longer. Keep in mind, this is when I only loot currency and other small items. Add gear into the mix, and stash management turns from headache to nightmare. 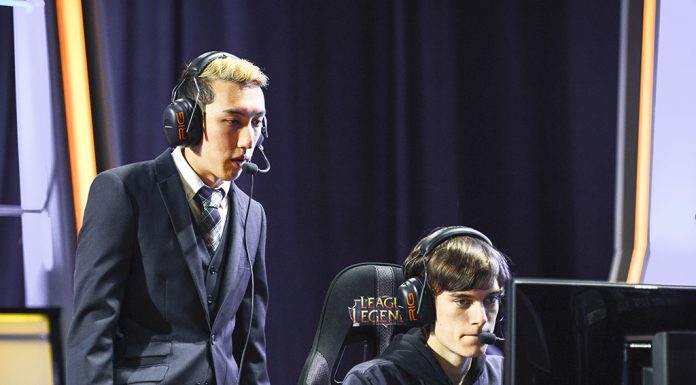 What can be done? Well, unfortunately, the developers have spoken out about this, and they’ve made it clear that they don’t want to add an easy way to sort items. To them, the difficulty of moving items around is part of what gives them meaning. You have to rearrange your inventory because you’re carrying four large items, not just because it’s “full.” It’s a way to make each item feel more important, and forces you to prioritize inventory management. Whether or not I agree with the design choice, they’re the developers, and I can understand the logic behind their decision.

No More “Remove Only” Tabs

That being said, there are still ways to improve stash management without oversimplifying the process. “Remove only” tabs are awful. If you’re unfamiliar with how racing and leagues work in Path of Exile, a remove only tab is what you accumulate during one of those temporary events. At the end of the event, however, all of your tabs are moved to standard as “remove only” tabs. As the name implies, you can take things out of a remove only tab, but you can’t put things in.

Sounds simple, right? Unfortunately, it’s not. Most serious Path of Exile players, myself included, have over 20 tabs. Basic things like currency can be moved over easily. But there’s also a ton of garbage that you’re going to want to toss out. There needs to be a way to easily empty these tabs. It takes me half an hour to move stuff after five hours of farming. Imagine how long it would take after three months of playing. I don’t really want to sit down and move items around for half a day.

If Grinding Gear Games wants us to feel that items are “tangible” or “weighty,” this isn’t the way to do it. They need to add a way to pull everything, combine tabs, or even just destroy a tab entirely. For example, in Legacy league, I accumulated an entire quad stash tab of leaguestones. They’re all completely worthless now, but I still have to pull them all out individually and sell, trade, or drop them. If I could just click a button to trash them all, I would.

Instead, I’m going to just ignore the tab and hope it disappears on its own.

This last point might be rather controversial, but it’s still part of my wishlist for the 3.0 release. Path of Exile has, in recent months, been dominated by the potion meta. Players focus on having their potions running 100% of the time and killing mobs fast enough to extend their duration. Because of this, Pathfinder became the best class in the game for basically any build that could support it.

Part of what makes the potion meta frustrating is it means you need to have a mouse with a numpad on the side, or, alternatively, many years of training as a classical pianist. Pressing 1-5 every three seconds (over and over and over) isn’t easy, and, in my opinion, it’s not particularly fun.

If we want the potion meta to end, there are two things that need to happen. First, we just can’t clear so fast. No matter how much potions are nerfed, if we can have them up 100% of the time, that will almost always be optimal. I like the clearspeed meta as much as the next guy, but if moving away from it means I don’t get Carpal Tunnel, I’m okay with the pace of the game slowing down a bit.

The other change is more obvious. Just nerf some of the potions. The biggest offender? Vinktar’s Vessel. When this potion is active, you basically heal back to full every time you hit anything. Hell, I’ve played some builds that use Vinktars as their only source of leech. Because of the potion’s 100% uptime, you don’t need to even think about pathing towards life leech. There are other problematic potions, such as Taste of Hate and The Wise Oak. But these are nothing compared to Vinktars, which needs to be tuned down by at least 50%, if not more.

It looks like mobs will be harder in 3.0, which hopefully means that the potion meta will slow down. Personally, I’m tired of playing nothing but Pathfinders, and my fingers are getting sick of working overtime. 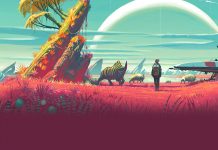