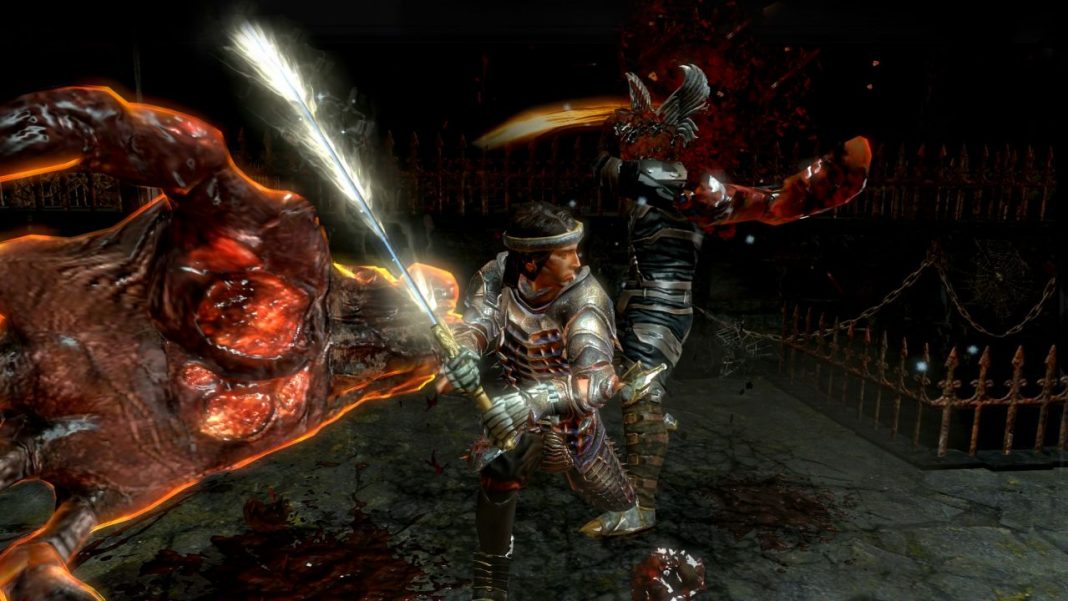 If you follow Path of Exile, you’re probably aware that the new Microtransaction (MTX) system has been on its way for a while. It was announced, then released, then very quickly removed. The new system has had plenty of issues, to say the least, and the rework is something that Path of Exile has desperately needed for quite a while. The previous MTX management system was absolutely abysmal, and prevented you from moving or sorting items efficiently. Not to mention that everything you equipped was bound to the item–in other words, an MTX helmet would bind to a physical helmet, which meant that when you took the real helmet off, your MTX would go with it. This led to a lot of misplaced (or entirely lost) MTX, which was a huge hassle for everyone.

But now, the new system has been launched (again), and it’s absolutely gorgeous. At this point, it’s been up for half a day or so with no issues, and we’re hoping it stays that way. Every part of the old system has been rehauled, and honestly, Grinding Gear Games have done a magnificent job.

The old MTX system was atrociously organized. Items simply went into the stash in the order you bought them, and you couldn’t move them around manually. The only way to change the order was to equip them, create a new space by equipping something else, and then unequipping the first item. Time consuming, difficult, and irritating. Also, every item was a different size, just like normal items. The skills were only a one by one square, while most armour was two by two or more. This meant that your MTX inventory would often have a bunch of awkwardly placed items. The UI was terrible, and in a game about collecting and organizing massive collections of loot, the inability to arrange your stash was incredibly frustrating.

All of these problems only got worse when you started moving onto the second or further pages. Finding the items you wanted was a huge hassle with the old system.

The new system has completely eliminated all of those issues. Right off the bat, there is no box inventory system. Items don’t have sizes, they are simply under categories. You still can’t move items around, but now, you don’t have to. The items are sorted in two different ways. First, they can be sorted by what type of item they are. The helmets are together, the boots are together, etc. They’re neatly organized, and you can minimize any category you want, which is useful for comparing items or simply admiring your collection. 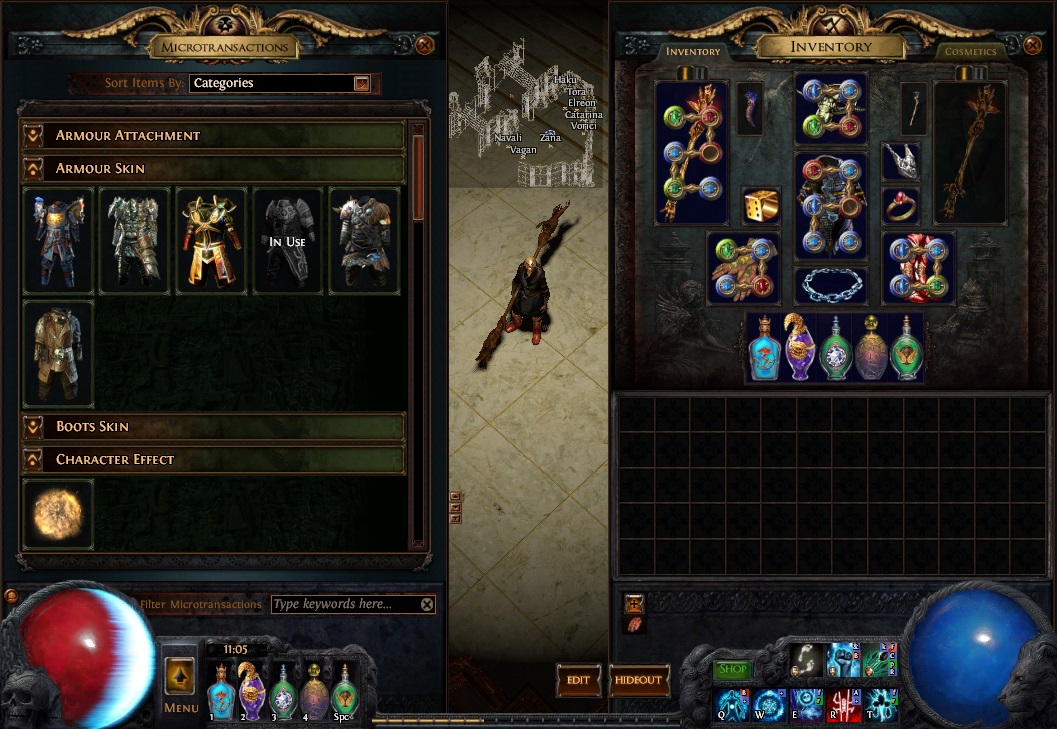 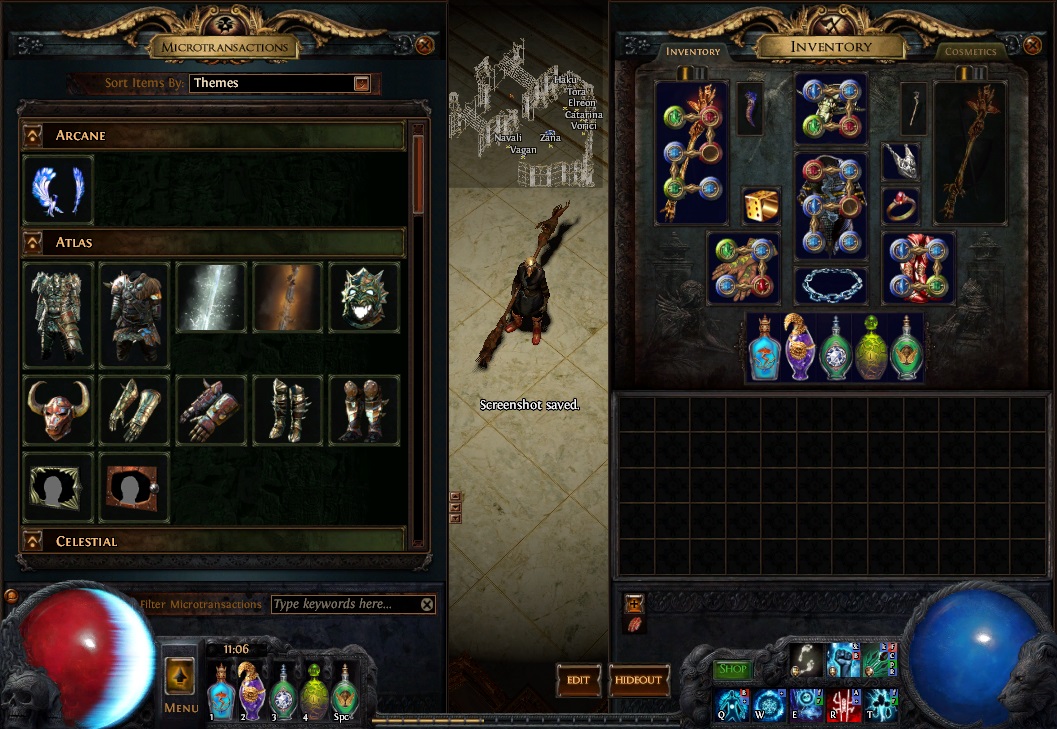 Grinding Gear Games have also added a search feature, which I couldn’t be happier about. With the reworked MTX system, you can easily search for a specific item or armor set. In the screenshot below, you can see that a simple search for “Eclipse” will show the entire Eclipse armor set. Simple, easy, and idiot-proof. You’re also able to sort items as you search. 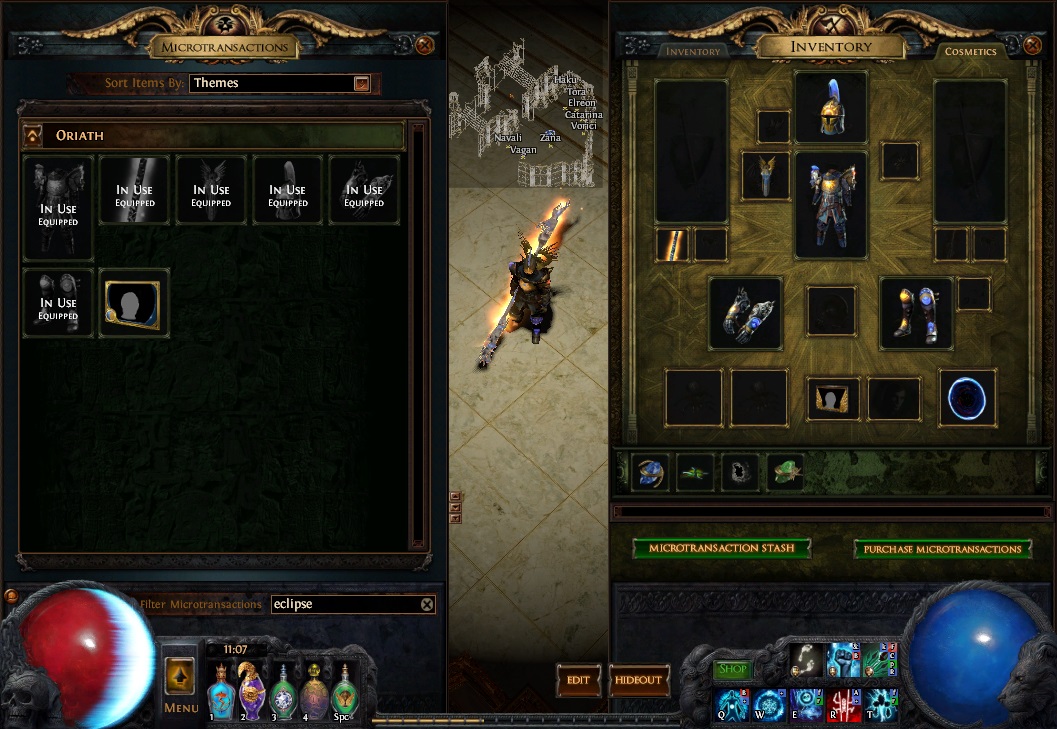 You might’ve noticed in the screenshots that there’s an entirely new armor tab reserved exclusively for MTX items. Note that you can easily switch between this and your normal armor through the buttons at the top right and left (“inventory” and “cosmetics”). This window lets you easily see what you have on your character and remove it if you’d like. Personally, I find this very helpful as I often miss a cosmetic and don’t notice for a couple hours. It even shows a list of all the MTX skills you’ve got near the bottom of the UI.

However, this menu isn’t the only way to remove your equipped gear. If you have an item that another character is using, it will show up as “in use.” Clicking on it opens a dialogue box which lets you “reclaim MTX.” It will tell you what character is currently wearing it, and offer to unequip it for you. This is a massive change, and makes swapping MTX between characters much easier. I often don’t wear any MTX on characters I’m fooling around on, because I know I’ll forget to remove some of it. With the new system, it’s much easier to rock your MTX on any character you want. If I forget to take stuff off, I don’t have to login and move the items around if I want to use it on a different character. This is easily one of the best quality-of-life improvements that the new system brings to the tabe. 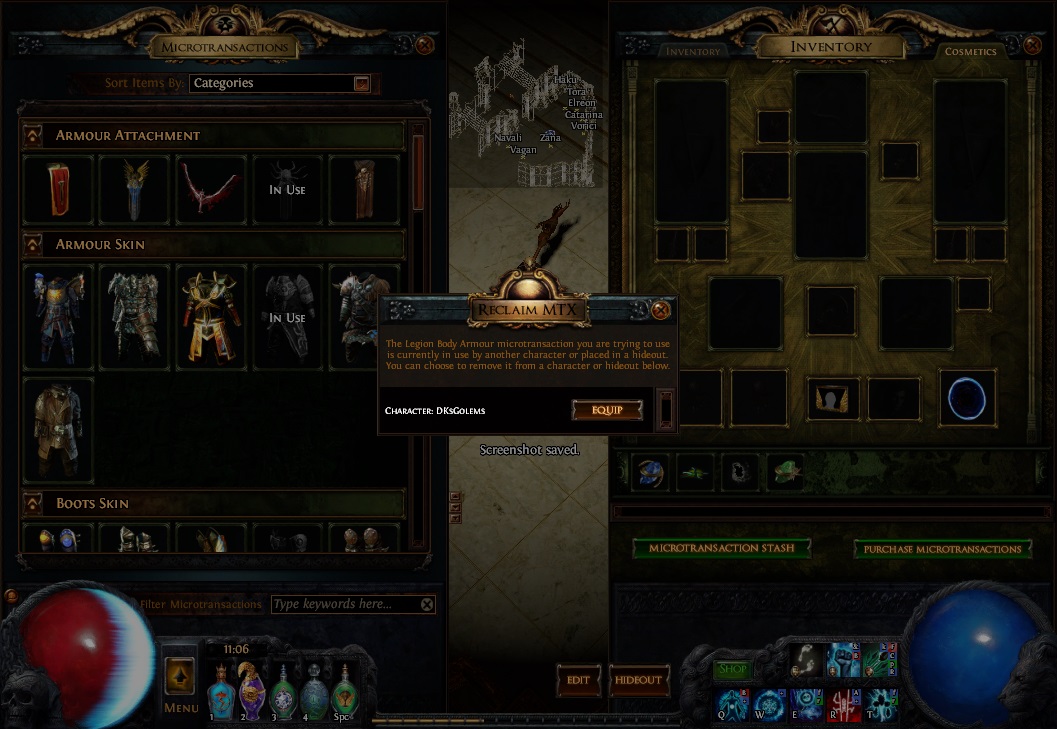 The Mystery Box screen also got a rework. Previously, opening Mystery Boxes was extremely lackluster, and sometimes you could barely even tell what you got. Now when you go to open them, a new window pops up, and it not only looks good, but is clear, concise, and has all the information you’re looking for. After you open a box, you’ll see the item above it, as well as its name. Furthermore, you don’t have to leave the screen if you want to open a batch of Mystery Boxes–simply clicking the “open” button again will suffice. 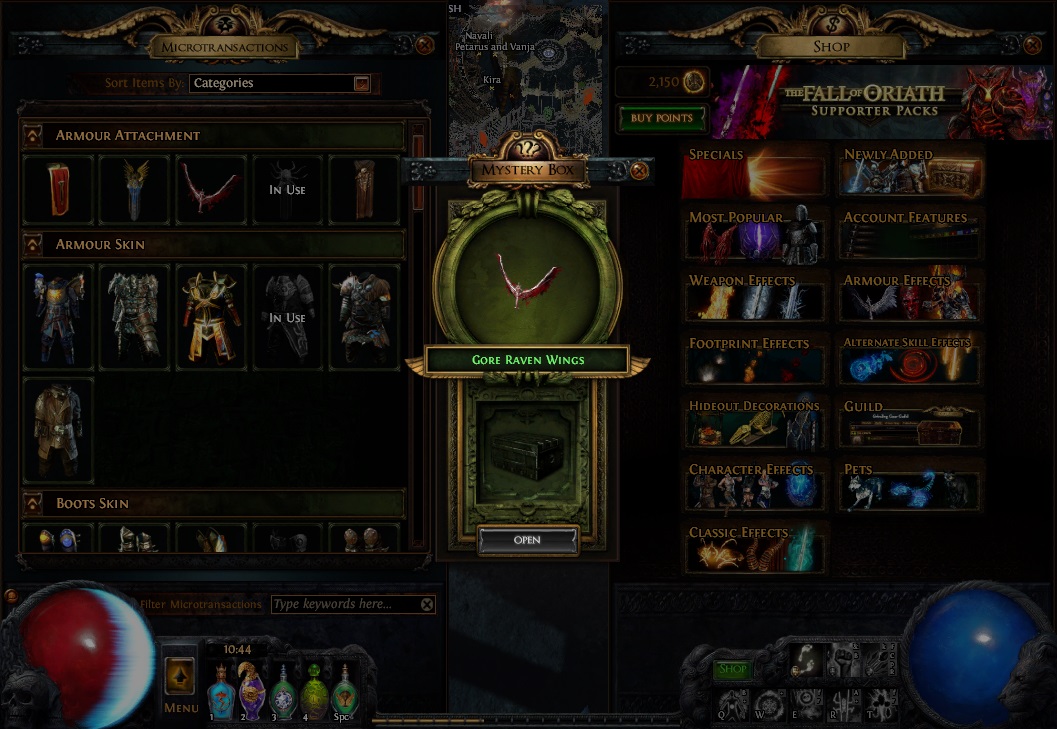 These changes have been coming for a long time, and now that they’ve arrived, you can rest assured knowing that they were worth the wait. The increased ease-of-use means that I’m going to be using the MTX system a lot more, and, Grinding Gear Games should be proud of the improvements they’ve made. 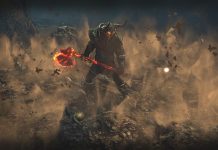