Dota 2 Eugene Torubalko -
-29
If you are new to Dota 2, you may be taken aback by the amount of information, heroes, items, mechanics, strategies, etcetera in the...

Path of Exile Stephen Draper -
-97
Path of Exile 3.9 launches this week, bringing with it both the Conquerors of the Atlas expansion, and the Metamorph challenge league....
(Featured image via ESL.)

We’re more than halfway through 2017, and the esports industry is booming. The traditional sports league paradigm is coming into fashion, investor interest is through the roof, and public awareness increases by the second. Undoubtedly, the changes to come will be just as dramatic. This is what you should be looking out for in the near future.

Overwatch rebounds, and rises to the top

June 2017 was probably the worst month to date for Overwatch as an esport, for both spectators and players. The game ranked at a weak 7th place in terms of overall Twitch viewership, trailing behind smaller titles like Rocket League, and the playerbase is already showing some signs of shrinkage. Shortly after it was released, Overwatch managed to eclipse League of Legends in terms of popularity at Korean internet cafés, but that market share has plunged from 30%+ down to 19% in recent days.

That said, the Overwatch League hasn’t begun yet. Blizzard has made it very clear that any esports scene in Overwatch will be done through OWL. And with several hundred million invested in the League, it might very well become an example of ‘too big to fail.’ Expect Overwatch to rise to the top as the official league starts up. Hell, they even had an ESPY’s commercial.

Despite the ridiculous popularity of some esports worldwide, a good portion of people, especially North Americans, still don’t have a clue about the competitive gaming scene. But every game is still growing. Dota 2’s The International prize pool has reached another all-time high, and there’s over $23,000,000 up for grabs. The incoming franchising moves from both Riot Games and Blizzard with their respective cornerstone titles will definitely push esports to the forefront. The stability of franchising is a powerful message to the public: esports is here to stay. It also doesn’t hurt that many owners of pro sports teams are buying in.

It might be tempting to gloss over Disney’s investment into Team Liquid, but don’t be fooled. Team Liquid fields teams in the four most popular esports titles–LoL, Dota, CS:GO, and Overwatch–and this move has some serious implications.

At least in the short term, organizations spending 7-figures on a single esports team will not be profitable–and when I say short term, I’m talking several years. In addition to franchising buy-ins, player and staff salaries in those domains will spike immensely as individuals continue to act as social entrepreneurs and build their personal capital.

Conversely, this is the best time to buy into growing esports. Rocket League and Heroes of the Storm aren’t small by any means, but also don’t have the insane fixed costs of other major titles. Yet, their growth and current viewership are absolutely competitive. Super Smash Bros Melee, though in a slight lull of late, will rise again to the forefront when the next Smash Brothers Documentary is released, creating another set of irresistible storylines. If you’re looking to invest, ‘tier 2’ esports are going to be legitimate market stars in the upcoming year.

Our predictions (kind of) age like a fine wine. Read our industry trends report from December 2016 here. 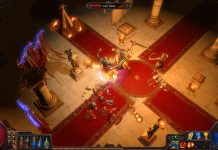 Path of Exile's 3.0 Launch: Getting Ready Together