General Stephen Draper -
-6.8k
Path of Exile Shaping Before you start shaping your Path of Exile Atlas, we suggest you read our introduction to the Atlas. Once you have...
Image via EA.

Apex Legends quickly became the biggest game in the world. Over its first month and a half it has drawn a massive user-base, and many fans. Now it’s time for the game to enter the second stage of its plan to dominate. Apex Legends Season One: Wild Frontier launches today. Season One brings with it a variety of new content, and the promise of much more to come.

Apex Legends Season One brings with it the first legend to come out since the game’s launch. The legend is called Octane. He is an adrenaline junkie with abilities focused around his health. His passive ability allows him to regenerate health passively after not taking damage for a while. His tactical ability allows him to move faster in exchange for a percentage of his health.

Octane’s ability isn’t health related, but it is very interesting. He places down a jump pad that can be used by teammates and opponents alike. Respawn has already teased this ultimate this past week, with several of them placed around the Marketplace.

Upon landing on them players are launched high into the air, conserving the momentum that they already had. This allows players to quickly reach rooftops, cliffs, and other places that can give tactical advantages. The ability works particularly well with Pathfinder, whose natural momentum is only pushed further with the jump pads.

Octane will be launching alongside Season One today. It has yet to be revealed how he will be priced, but it is likely that he will follow the other legends that were purchased: Caustic and Mirage. If this is the case, he will cost 12,000 legend points, or can be purchased for real money for just under $10 USD.

Season One brings it with the first Battle Pass as well. It will cost 950 Apex coins (just under $10 USD). It will allow players access to a host of cosmetic items, as well as what appears to be some Apex coins.

There is a new item for every level from 1–100 for players who have the Battle Pass. Going off raw value, if you plan to play the game at all for the next few months, the Battle Pass is far more cost-effective than purchasing Apex Boxes. If you spent that $10 on boxes you would get 30 items, but with the Battle Pass you get 100 if you play all the way through.

If you opt not to purchase the Battle Pass, don’t worry. You can purchase it at any point through Season One and get all the rewards for the levels you have already passed. So if you aren’t sure if you’ll get your money’s worth, simply wait and see how many items you’ll get by purchasing it near the end of Season One.

There is also a premium Battle Pass for triple the price (just under $30 USD) that boosts your first 25 levels. This allows players to get a jump on the Battle Pass rewards for pure currency. Personally, I would highly advocate staying away from this deal. It’s not as efficient as buying Apex Boxes, and doesn’t get you anything that you can’t work towards yourself. The only people that should be buying this are people with money to burn and not enough time to actually play through the levels themselves.

A couple weeks ago it was announced that Season One would bring with it some balance changes as well. Primarily, the reduction in character model of the three largest legends: Gibraltar, Caustic, and Pathfinder. It was released a while back that all of the legends have different size models, making it significantly harder to hit some over others. Wraith is the smallest, while Gibraltar and Caustic are both nearly double her size. Pathfinder is only slightly smaller than the two large boys, despite his much smaller visual model.

Due to the backlash of people’s annoyance at the vastly different models, it was announced that the three larger ones would be getting reductions at the start of Season One. While this is a huge step in the right direction, I personally don’t understand why any of the characters have different models. Potentially due to the fact that some of them have better abilities than others, however, as is the most useless abilities and largest character models coincide, making the three biggest characters entirely undesirable. A reduction is good, but I think more than that is in order, personally.

This is a little anticlimactic. While we know that there are new items being released, we don’t know what they are. So stay tuned for Season One information in the coming weeks where we learn all about the new guns and review them for you!

Season One launches today, and I’ll be playing the heck out of it with the newly unlocked Battle Pass. I can’t wait to push to 100 and collect all of the loot along the way. Hopefully Season One comes with quite a bit of improvements to the game, primarily the prevention of crashes that still plague many players, myself included. However, what we’ve seen so far of Season One looks incredible. A new legend, new guns, and a Battle Pass with 100 new items to collect! Jump in and get your Apex on today!

Previous articleApex Season Five Is Coming
Next articleFrom Tabletop to Online: How Magic: The Gathering Evolved 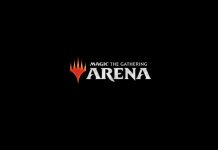