If you tuned into Dota 2’s Kiev Major last week, you might’ve heard the analyst panel mention the possible appearance of a “deathball strat.” Popular among teams from the CIS region, a deathball strat prioritizes ganking and fighting over laning and map objectives. The first ten minutes of a Dota 2 match–in other words, the majority of the laning phase–can decide the outcome of the game, but on a macro level, it’s going to look fairly similar from one game to the next. Supports will try to zone, trade hits, pull neutral camps, and place wards.  Carries sit in lanes hitting creeps, buy a couple items, and try to win a staring contest against their lane opposition.

The laning phase is a hallmark of the MOBA genre, and Dota is no exception. It’s part of what makes the game great. That being said, at the end of the day, traditional laning phases are essentially Farming Simulator 3.0. Hit creeps, get money, try not to feed, and, of course, start chipping away at your opponent’s towers.

In a deathball strategy, however, the laning phase looks a bit different. The deathball strat begins during the draft–teams pick heroes that come online early or have abilities that are powerful with only one or two levels put into them. The idea behind the deathball strat is simple, albeit easier to describe than it is to execute: if you can use heroes that excel in the early game to win a few teamfights, your carries will snowball and you’ll win the game before the other team has a chance to farm or rat their way back into the game. Towers are still high-priority targets in a deathball strategy, but the way that you actually claim these objectives is very different–instead of targeting towers, players focus on provoking and winning teamfights. The basic logic of the deathball strat is straightforward: if you keep killing heroes on the other team, then you’ll inevitably be able to take out towers, and, eventually, the throne.

Do Deathball Strats Have a Place in Dota 2?

There’s little downtime when a team decides to run a deathball strat. Who has time to kill neutrals when you’ve got heroes to kill? Before we talk about the role that deathball strats play in the Dota meta, it’s worth looking at other games for some context. Heroes of the Storm is pure deathball–it’s a fast and brawly game that rewards early aggression. Blizzard’s take on the MOBA genre might not have the same depth as Dota, but plenty of people love to play and watch HotS, which tells us there’s definitely a market for this flavor of gameplay.

Deathball requires a decent amount of coordination and strong teamfighting skills, which makes it difficult to execute in pubs. Of course, if you’re deathballing, you’re setting the tempo of the game. If you get the team on board, you won’t need to drag your carry out of the jungle to take objectives–they’ll be too busy ganking.

However, keep in mind that deathball games will rarely go past the mid-game. That’s not necessarily a problem for the people playing the game, but for viewers, a sub-30 minute game is rarely entertaining. The shorter the game, the more one-sided it was. Almost all of the best Dota matches are an exciting back-and-forth contest between the two teams.

The deathball strategy gained notoriety after TI4. With the release of patch 6.81b, the 5-man deathball strat was not only viable, but blatantly overpowered. Most games were over in ~20-25 minutes–again, that’s extremely short for Dota, especially in high-level tournament play. Viewers were disappointed and voiced their frustrations. The games felt too short and it was obvious who would win within a few minutes. League of Legends might let you surrender at twenty minutes, but part of what makes Dota great is  the amazing comeback potential in tense late-game scenarios.

Nature’s Prophet is a classic example of what a deathball strat hero looks like. Teleport lets him drop in to any team fight, and a clutch Sprout is sometimes all it takes to turn the tides of a teamfight. Necrophos is another common pick in deathball drafts, and after being  temporarily removed from Captains’ Mode, he’s back–and so is his Heartstopper aura. Razor used to be a popular deathball strat hero, but his place in the 7.xx meta remains unclear.

How to Deathball in Pubs

If you want to run a deathball strat in a pub, there are three things you should do:

While deathball strats can rack up your team’s kill count and help your carries snowball, never forget the wise words of Loda:

“Kills mean nothing, throne means everything.”

Previous articleThe Easiest Dota 2 Heroes for New Players
Next articleDota 2: What Is a Battle Pass? 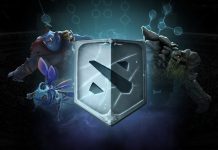