General Stephen Draper -
-6.8k
Path of Exile Shaping Before you start shaping your Path of Exile Atlas, we suggest you read our introduction to the Atlas. Once you have...
Featured image via Dotablast.

The brutal Canadian winter is finally coming to a close, and the scent of spring is in the air. The changing of the seasons signals the countdown to my favorite tournament of year, The International. I started playing Dota after I began following the competitive scene. The passion and dedication of the players pushed me through the learning curve and drove me to be better. This is why The International is so important to me–it’s what ignited my passion for esports. While The International highlights the best Dota 2 has to offer, the months prior to often reveal the hardships of the industry. Players get cut, teams change ownership, companies refuse to pay up and fans rebel against their once-esteemed idols.

I have been doing interviews for a long time. This past year I have been conducting more interviews with esport professionals and at first, I was really nervous. These were my heroes, ones that I’d seen on screen performing the $7 million dollar Echo Slam. Their prowess on screen made be feel like I was standing next to gods instead of people who were around my own age. It wasn’t until my second or third interview of the day when I realized that these world renown players who people just like me. They feel shitty when they lose their matches, they feel unstoppable when they make the game winning team and they get nervous, just like me, when they conduct interviews. It’s easy to forget when you see them on screen that they are just like us. They go through break-ups, they lose games, and they have shitty teammates.

The Highest Highs and the Lowest Lows

As we move towards the most competitive part of the year, I think it’s important to take a second to remember that the players that we root for a people too. Imagine how low you felt after losing that last match and the subsequent 25 MMR that came with the loss? Imagine that but also losing out on 10 million dollars. That’s what’s at stake for these players. Our community loves to talk about the gossip and shitty things that happen in the industry. The community jumps on EE after learning that SVG and 1437 were released from NP, but in reality, we have no idea what really happened. We love to assume the worse in people who have to make difficult decisions without recognizing their personal livelihood is at stake. There are bound to be issues that arise in the coming month, but remember that players read what you write. It’s always better to err on the side of compassion. 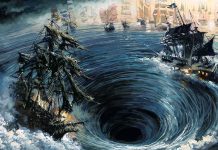