General Stephen Draper -
-6.8k
Path of Exile Shaping Before you start shaping your Path of Exile Atlas, we suggest you read our introduction to the Atlas. Once you have...
Featured image: "Battle of Calypso's Maelstrom," by Rodel Gonzalez.

While many of the inner workings behind Dota 2’s matchmaking system remain shrouded in secrecy, no feature is speculated about as much as the so-called “shadow pool,” Valve’s system for sorting players that’s designed to match the dregs of the Dota 2 playerbase up with each other. In general, it’s believed that there is a hidden pool (or pools) for people with a proven track record of being jerks–when players in the shadow pool queue for a game of Dota, the matchmaking system will try to put them in games with other players in the shadow pool.

While Low Priority is the known punishment, Dota’s “shadow pool” is a way for Valve to punish bad behavior behind the scenes.

Given Valve’s reluctance to talk about issues like this in public, we’re left to dig through rumors and whispers on forums to find out the truth about Dota 2’s shadow pool. Some people think the shadow pool is reserved for chronic flamers and feeders. Others think that the shadow pool is only used for bots and game dodgers. For the sake of simplicity, I’ll be calling both the shadow pool since we don’t have a way of knowing for sure if they’re the same or separate time-out zones for annoying players.

It’s a smart move on Valve’s part – locking all the obnoxious players in a metaphorical room together and letting them get it all out of their system. It’s the easiest way to reduce their influence and visibility in the community. Nobody has been able to completely confirm their existence, either. Valve hasn’t disclosed anything about the shadow pool publicly–they reaffirm that Low Priority is the punishment a player gets for being a dink. The best evidence for the shadow pool comes from a comment from one of Valve’s developers, fletcher, on this forum post:

“We are making some improvements to matchmaking to put players with similar play styles together. For example, players who repeatedly abandon games before they begin, or intentionally throw the match. We want to make sure these sorts of players can more easily find each other, to increase everybody’s enjoyment of the game.”

However, debuggers have found clues in Dota 2’s code that seems to confirm Valve examines player activity during the matchmaking process. Every player has a “behavior score” that gets bumped up by positive activity–commends, not abandoning, high KDA–and knocked down for negative activity–reports, abandons, KDA’s that suggest intentional feeding.

How to check your behavior score in Dota 2:

This is Valve’s way of trying to improve match quality for the group of players who are actually trying to have fun and tryhard. One of the most common complaints about Dota and the genre in general is the prevalence of game-ruining edgelords who think it’s funny to run down mid and feed if they don’t like the way the laning stage went.

Much like Low Priority, it would probably be better for everyone if Valve were a little more transparent about the way the system works. Is it an amalgamation of report frequencies? Does it check for excessive pinging and parse the chatlog for specific words? Once you’re in the shadow pool, can you ‘escape’ it? How low does your behavior score have to reach before you’re thrown into the shadow pool? It’s unlikely that we’ll get the answers to these questions anytime soon. If Valve gives too much information about how behavior scores are calculated, players will find ways to get around it.

Or maybe Valve’s trolling all of us. By making everyone think there’s a shadow pool, they can encourage everyone to be a little bit less salty in games.

If you find yourself with a hidden behavior score below 6000, try reducing the amount of chatting in the hopes that it’ll prevent you from getting reported, but that’s kind of a lofty challenge if you’re a flamer. If you’re not a flamer and you find yourself with a terrible behavior score, you might have to think about giving up playing Techies to bring that report frequency down. 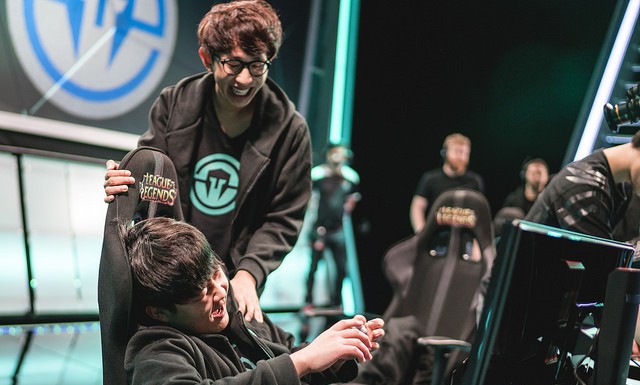 If the system works like players imagine it does, then there wouldn’t be many issues with it. Rude players get matched with rude players, and friendly players get matched with friendly players. Everyone wins, right? But reports are widely abused. If a player’s “pool membership” is only updated once in a while, it’s possible that a good player who had a bad string of matches might get punished for a long time.

It’s hard to tell where public opinion falls on this one – the Dota 2 subreddit is so often the sounding board for shouting matches between minority opinions. Personally, I wouldn’t mind having the obnoxious players locked together so the number of games they can ruin is limited, but the lack of transparency from Valve about how the shadow pool actually works leaves me skeptical. Who knows who might be stuck in matchmaking purgatory?

To quote Jean-Paul Sartre: “Hell is other people.”

Previous articleThe People Behind the Pixels
Next articleDota 2: What Do We Need in Patch 7.05? 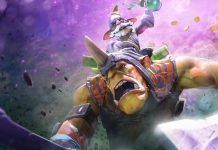