Support can be a pretty damn thankless role, and it takes a true captain to keep your carries in check. Support players are like stagehands in Dota, working tirelessly behind the scenes to allow the actors to truly shine. This article was originally going to be about North American support players at DAC 2017, but the sad reality of life in our continent is that we’re somehow only able to field two to three top tier teams at a time. And let’s not even get into the complicated relationship that EU and NA players have with their regions. Half of these guys are European players playing for US organizations. In other words, today we’re going to be looking at some of the best Dota 2 support players from EU and NA.

I’m aware that there are only two teams represented here–the winds of change are blowing, and new Dota teams are taking the spotlight. The upcoming Kiev Major will be a showcase for Eastern talent, with three Chinese teams receiving direct invites. The days of EU and NA dominating tournaments are over.

Evil Geniuses didn’t look so hot during the group stage at DAC 2017, but current slump aside, Cr1t has proven himself more than ready to step into PPD’s former role as the captain of EG. His guidance provides necessary structure to support the superstar potential of players like Sumail and Arteezy. We featured Cr1t in an article about rising stars in 2015-2016, and he hasn’t disappointed us.

JerAx found himself in the enviable position of being a much-wanted trade during the last big shuffle. JerAx made a name for himself as part of Team Liquid’s lineup, and his Earth Spirit is terrifying enough to warrant frequent respect bans from his opponents–what is it with Scandinavians and Earth Spirit? JerAx was picked up by OG a few months ago, and hasn’t stopped turning heads since.

Fact: Fly is an all around good dude. He’s got a great personality, knows Krav Maga, and he’s a solid Dota player. He and N0tail founded OG (originally Monkey Business) and have bro’d out together ever since.

Zai, the prettyboy of Dota 2, has already put together an impressive resume as a support player. Some believe he’s on track to be the next Fear, and for good reason: Zai might be one of the best all-around players to every play the game. He made a name for himself playing Offlane in HoN but transitioned easily into the greedy support role in Dota. He took a break from pro gaming to finish school, came back to Dota, and joined EG like nothing ever happened.

All of these guys are still contenders at DAC 2017. Evil Geniuses are in the lower bracket, and will be facing off against Wings. OG are starting from the upper bracket, where they will face Newbee. The Dota 2 Asia Championships resumes on April 1st, and you can catch all the action on PGL’s Twitch stream. 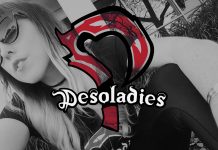