General Stephen Draper -
-6.8k
Path of Exile Shaping Before you start shaping your Path of Exile Atlas, we suggest you read our introduction to the Atlas. Once you have...
Featured image via Steam Workshop artist motenai.

The sale of Dota cosmetics is an essential part of Valve’s free-to-play business model. Unlike League and Heroes of the Storm, Dota doesn’t require any money to unlock characters, and unlike Overwatch, the game is free to install. At the end of the day, tournament viewing tickets and microtransactions are what make Dota profitable for Valve.

The market for Dota cosmetics has undergone a number of changes over the past two years. Cosmetics released in chests are now prevented from being sold on the community market for three months. Once these items are finally available for purchase, the market is quickly flooded and the price decreases exponentially. Players who used to enjoy opening up chests and selling the items they didn’t want are now faced with some hard choices. They are either spending $3 to gamble on getting the set they want while having unwanted sets sit in their inventory for a few months, or they can wait three months and buy the sets for cents once the market is saturated.

This is the price chart for Centaur Warrunner’s Unbroken Stallion set. I sold one of these early last year for about $4 after I got it from a $2.99 chest. Aside from that odd price spike in the middle, the value has steadily declined since it was allowed to be sold on the market.

I’ve said it before: I’m not a huge fan of cosmetics. I don’t really care about collecting them, I don’t buy Arcana or any items that cost more than the price of a set. But for some people, collecting hats and other items is a fundamental part of the Dota experience. When collectors complain about broken textures or missing effects on items, the counterargument usually sounds like this: “You’re an idiot for buying digital items.” But everybody collects something–who am I to judge someone for amassing every Juggernaut set ever created when I have a stack of fancy gel pens in all the colors of the rainbow?

The point, however, is that if Valve puts a cosmetic up on the market, it becomes their responsibility to stand behind it. That means that if the textures break, they get fixed. That means including all of the promised effects and removing unintended ones. When Phantom Assassin’s Arcana was first released, the crit sound could be heard all over the map by both teams. This has the potential to alert the opposing team to map activity (like taking Roshan). This $30 cosmetic item had the potential to lose games.

Before I bash Valve too much, I should point out that they do have a handful of programmers on staff to fix bugs in an insanely complicated game. It seems like they usually focus on game-breaking bugs first, as they should, but it leaves people who spent money on Dota cosmetics high and dry until they get to the lower priority issues.

We’re not owed a Marketplace. Other microtransaction-based games don’t give you the option to buy and resell–once you’ve made a purchase, it’s locked to your account. However, I’m far more inclined to gamble with my $3 on a chest if I have the potential to earn most of that back (and can sell any duplicate sets). For me, Marketplace success is selling enough items to pay for a $9.99 compendium for The International once a year. But if a chunk of the game’s revenue is Dota cosmetic items, it would be good if Valve actually supported them and started implementing trading and selling practices that didn’t render them worthless in a few months.

Previous articlePatch 7.04: How Much Has the Meta Changed?
Next articleThe Four Best Dota Comics on the Internet 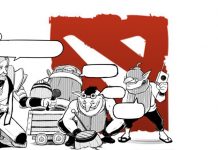