General Stephen Draper -
-6.8k
Path of Exile Shaping Before you start shaping your Path of Exile Atlas, we suggest you read our introduction to the Atlas. Once you have...
Featured image via Dota2Walls.

If you’re new to Dota, an Arcana is a special cosmetic item that’s ‘fancier’ than the regular hats players can buy on the Steam market or open in a chest. Each Arcana costs quite a bit more money than other cosmetics–around the $30USD range–and usually comes with extra particle effects and flair like custom sounds and icons. They’re some of the most desirable items in Dota 2, and if you own an Arcana, you’re probably going to use it every chance you get.*

*Disclaimer: I don’t own a single Arcana, because I refuse to pay that much money for a cosmetic item.

To their credit, Valve has always tried to make sure that Dota remains truly and entirely free-to-play. Unlike League or Heroes of the Storm, every Dota hero is available to players as soon as they’ve installed the game. You don’t have to grind games to unlock heroes, or pay real money for the privilege of using them. See, Valve makes money off of Dota through in-game microtransactions, which include custom announcer packs (I like the Stanley Parable guy), music packs, and a myriad of equippable items that alter a hero’s apperance. Valve is so uniquely insistent on leaving Dota’s core gameplay untouched by microtransactions that it took me a while to wrap my head around the concept that owning a fancy blade for Tidehunter doesn’t actually increase his attack damage.

In Dota 2, Arcana are sometimes associated with events, like Phantom Assassin’s Manifold Paradox set for Phantom Assassin. Now, cosmetics like these aren’t pay-to-win, but it’s definitely pay-to-augment-your-experience. In the case of Phantom Assassin’s Arcana, one out of the ten players had to own the item in order to activate the event, which was a little controversial at the time.

Detractors of cosmetics often point out that changing the color scheme or shape of heroes from their standard appearances makes them harder to identify–it ruins the “glance value” of each hero, increasing the length of time it takes to recognize a hero in the heat of battle and respond appropriate.

One of the core principles of item design in the Steam Workshop is: “The aesthetics of Dota 2 are built from a set of principles that help keep each hero immediately and uniquely identifiable from above during gameplay.”

With that in mind, let’s hope that Valve is taking their sweet time to design us an awesome Juggernaut Arcana that doesn’t make him look like all the other heroes with a beige, red, and yellow color scheme–Legion Commander, for example.

Was the Juggernaut Arcana Vote Rigged?

Part of what makes Juggernaut’s Arcana special is that fans who purchased a TI6 compendium were able to vote on which hero would receive the next Arcana. Juggernaut is one of the most iconic heroes in Dota 2, so winning the popular vote isn’t exactly surprising, but Io fans on the Dota 2 subreddit have been complaining about the allegedly ‘rigged’ Arcana vote since August. For the uninformed, Io is a difficult to master support hero that requires huge amounts of coordination with teammates–he’s basically a no-go in pubs, and Io’s dismal 37.24% win rate reflects that.

Io is also literally just a ball of light, which means that Dota’s vast army of memers thought it would be hilarious to challenge the creative minds at Valve to come up with an Arcana for such a basic hero model. The final vote came down to Juggernaut or Io, and Jugg won it in the end.

Valve hasn’t given the community a release date or any updates, but at this point it’s not unreasonable to assume that the Juggernaut Arcana will be released immediately before, during, or right after the Kiev Major.

Or at TI7. Because Valve time. 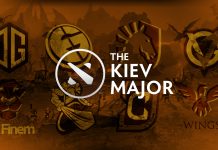