General Stephen Draper -
-6.8k
Path of Exile Shaping Before you start shaping your Path of Exile Atlas, we suggest you read our introduction to the Atlas. Once you have...
Featured artwork by Joseph Wibawa.

If you’ve ever played an MMORPG, you’ve run into the ‘more buttons than fingers’ problem. Between moving your character, using skills, activating potions, and other miscellaneous actions, the controls can become absolutely ridiculous, if not downright comical. Thankfully, many games released in the last ten years have included–or at least allowed–the use of macros.

What is a macro? It’s a way to issue simultaneous inputs (key presses or mouse clicks) by pressing a single button. A macro can be as simple as hitting space to automatically tell the computer you’ve pressed two numpad keys at the same time, but the functionality is essentially limitless for automating cumbersome in-game actions. I recently bought a mouse that lets you program your own macros, and spent a while toying around with the different options for customizing.

Alowing players to use macros are, for some titles, the perfect solution to the aforementioned finger shortage that humans have to deal with–you don’t want to dumb down the game, but at the same time, players don’t have four hands. Unfortunately, Path of Exile’s prohibition on the use of macros means that until we’ve spent a couple millenia curating our gene pool to produce gamers with seven arms, we’re left to struggle with clunky controls.

Too Much Looting, Not Enough Fingers

Path of Exile is an amazing game. I’m completely in love with it. But it is, like the MMORPGs of yore, nearly impossible to set up an efficient set of keybinds to deal with the sheer amount of actions you’ll want to perform on a regular basis. You have four abilities and five potions to use–in most cases, you want your potions permanently active. This results in an almost cartoon-like attempt at playing the piano–you’re thwacking away at the 1-5 keys, using abilities, and controlling the camera.  I’ve had to scrap multiple builds in Path of Exile because the mechanical requirements were simply too daunting. It’s worth repeating: I don’t have that many fingers.

Using macros in Path of Exile seems like the most logical solution, doesn’t it?

Grinding Gear Games, the developers of PoE, have publicly stated that they do not allow macro usage. Players who use macros have an unfair advantage in the eyes of the dev team. Whether you agree with this line of thinking or not, they have banned the use of macros in most cases.

The Exception to Using Macros in Path of Exile

Here’s where it gets really weird. The reason why I say that macros are banned in most cases is because the game is coded in such a way that macros which sends two or more simultaneous inputs to the server won’t work.

For example, you can’t have a macro that presses 1 and 2 at the same time–this sends two ‘requests’ to the server, and is therefore not allowed. However, you can use a macro in Path of Exile that presses enter, types /hideout, and presses enter again. Even though this is ten keystrokes, it is allowed because each server action is independent.

Confused? You’re not alone. The one macro that Path of Exile’s dev team has been public about is the logout macro. One of the most popular programs for creating your own macros is called AutoHotkey, and players can share their AutoHotkey scripts with one another–the most popular of these in the Path of Exile community is the logout macro. It issues a series of commands to bring up the escape menu, and clicks “exit to character selection” for you. This macro automates multiple keystrokes, but it doesn’t issue them simultaneously. The logout macro was so widely contested that the developers specifically came out and said it was fine.

You can see where the confusion and annoyance comes in. Programming a macro so that a single keystroke opens up your menu, blocks user input, moves your mouse, and clicks a button is fine. But a macro that presses your 1 and 2 key at the same time is illegal.

Since macros aren’t allowed, players have started discussing workarounds. Here’s one of the most popular solutions: you take a popsicle stick, break off a section, and tape it over the flask keys–boom, you just built your own homemade macro. Multiple keystrokes for the effort of one. This isn’t even the ridiculous part. 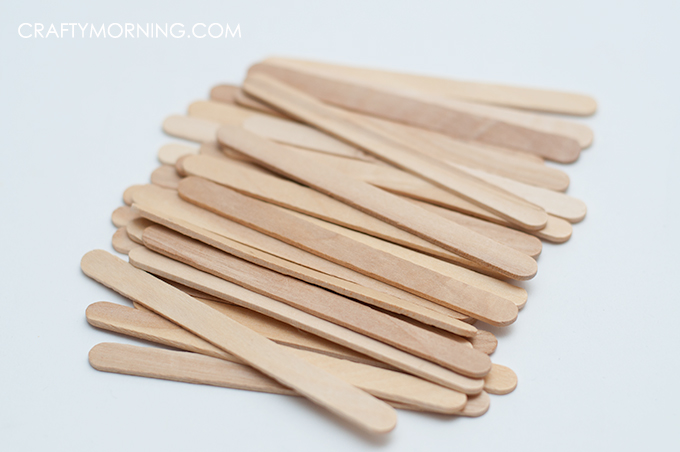 After a popular Path of Exile streamer mentioned that he was using the “Popsicle Stick Solution” to activate his flasks, the idea quickly took off among the community.

After enough players began raiding their fridges for frozen desserts, someone asked Grinding Gear Games if the Popsicle Stick Solution was acceptable.

And they said no.

Apparently, the use of popsicle sticks is still, as far as Path of Exile is concerned, a macro, and therefore not allowed.

Having access to popsicle sticks and tape is an unfair advantage.

To be fair, it’s an absurd situation, and I can’t exactly blame the dev team for wanting to provide at least a semblance of a definitive answer to stop people from pushing the boundaries of what’s considered acceptable.

Part of this is a semantics issue, but it’s still left Path of Exile players scratching their heads about where, exactly, the line is drawn. What if I accidentally pour glue on my keyboard and the 1-5 keys get stuck? Do I get banned for pressing them? And, of course, there’s a technical side to the popsicle stick situation — as long as you don’t hit the popsicle stick the same exact way every time, you’d never be flagged for macro usage.

Possible Workarounds for Using Macros in Path of Exile

At the moment there’s only one effective workaround for managing the control scheme in Path of Exile: playing with a mouse that has a number pad down the side. You can buy gaming mice with a miniature numpad along the side,  where your thumb can easily click.

I’m genuinely happy to have found a solution, but there’s an obvious hypocrisy here. Using a popsicle stick and tape is an unfair advantage, but playing with a $90 mouse isn’t? Still, it’s the only way that someone like myself can play a flask-based build. I lack the dexterity to hit 1-4 as well as Q-W-E-R near simultaneously. Maybe you do, and if so, kudos to you. I don’t, and I don’t like the fact that I’m forced to avoid half the builds in Path of Exile because they use more than four buttons.

Screw the rules and go buy yourself a popsicle stick. 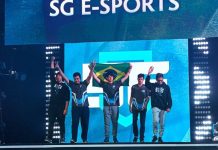