League of Legends Warren Francisco -
-366
League of Legends: New Items Season 10 has come and gone. Even with a global pandemic threatening our very existence and forcing us to stay...
Via playoverwatch.com

With regular tournaments giving all the new Overwatch teams practice during the closed beta, we’ve seen plenty of strong sides emerge who we expect will continue to impress once the game is fully launched. We’re sure to see new sides switch over to Overwatch from other first-person-shooters once the game has earned itself bigger prize pools and more sponsorship, but for now these sides are the ones to watch if you want to learn from the very best. These teams all boast talented rosters of players and strong track-records at Overwatch’s early competitive events.

Cloud 9’s Overwatch squad started out as a relatively unknown team called GoogleMe who burst onto the North American Overwatch scene with a string of promising performances and were swiftly picked up by gaming organisation Cloud 9. They immediately repaid Cloud 9’s faith in them, winning almost every tournament they’ve entered and taking the Overkill Finals five games to three against REUNITED. This side doesn’t appear to have a weak spot, with Surefour and Reaver dishing out the damage whilst the rest of the squad create space and back them up. Capable of running a range of strategies and adapting quickly to the different maps, Cloud 9 are definitely the team to beat.

Another of the strongest sides right now, EnVyUs is comprised largely of the remnants of the now disbanded IDDQD squad that burst onto the Overwatch scene early on in the beta. Whilst they’re sponsored by a US gaming organisation, many of the players are European – although rumors have suggested that they might all relocate to the North American region in the near future. They finished third at Overkill and will be looking to secure their first major tournament victory over the next few months and get some big wins over Cloud 9 and REUNITED. With so many exciting players in their team, including the sharp-shooter Taimou and the experienced Talespin, we’re looking forward to seeing what they can achieve.

Finalists at Overkill and One Nation of Gamers Overwatch Invitational, REUNITED have firmly cemented their place as Cloud 9’s biggest rival so far. Formed from Fnatic’s professional Battlefield team, who unquestionably dominated the Battlefield 4 competitive scene, have set up their own professional Overwatch side in order to give themselves a new challenge. They’ve added Harrison “Kruise” Pond, an impressive Lúcio player, to complete the roster, and they’ll be looking to conquer Europe before setting their sights on international tournaments. They’ve got one of the most solid rosters we’ve seen and plenty of competitive experience so you can fully expect that REUNITED are here to stay.

Another American Overwatch side, the Luminosity Gaming team and its previous iterations has seen its roster change around quite a bit but it looks like they’ve got things settled now. With many ex-Team Fortress 2 players, including their captain Brandon “Seagull” Larned, they’ve got some serous FPS talent in their squad but they’re yet to hit their full potential. Whilst we’ve seen flashes of brilliance and they’ve put in some excellent performances, they’ve struggled to defeat the likes of Cloud 9 and REUNITED across a series, finishing fourth at Overkill for instance, but once they’ve found their consistency this team will be one of the toughest competitors out there.

There are plenty of excellent sides on the European servers right now but Creation eSports definitely deserves a mention. Formerly called FlatEarth, Creation eSports is a team we’d like to see much more of. Whilst they’re yet to win a big tournament they’ve got a bunch of minor victories to their name and the performances they’ve put in against the other top teams have been promising. They’re capable of taking a map or two off anybody, and that includes Cloud 9, so who knows what they could achieve over the next few months? No one’s going to be confident going up against this side. 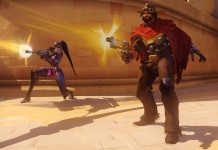