General Stephen Draper -
-6.8k
Path of Exile Shaping Before you start shaping your Path of Exile Atlas, we suggest you read our introduction to the Atlas. Once you have...
Via eu.battle.net

With the Overwatch Open Beta kicking off this week and the game’s global launch not far away now, Overwatch’s Beta is in it’s final form and those lucky few who have had access to it will have to prepare themselves for tens of thousands of new players joining the game this month. It’s going to be launched on May 24th, available for PC, Xbox One and PS4, so you’ll be able to play no matter which platform you prefer. The Beta stage of a game is always a hugely exciting time and no doubt as we see Overwatch develop further over the next few years we’ll be looking back to the Beta with fond memories to see how far it’s come. Let’s take a look at what’s next for Overwatch.

New heroes on the horizon

The first year or so after the release of a new eSport is a vital time for the developers, because they’ll be looking to make improvements to the game as quickly as possible with all the feedback they’ll be getting from its fans whilst also trying to add more content in order to keep the game as exciting as possible. We’ve already seen from Blizzard’s animation “Recall” that there are 15 other members of the Overwatch team we haven’t seen before, or least haven’t seen outside the early concept art for the game, and we’re bound to see one or two of them added to the game this year. Fans will be glad to hear that any post-launch heroes patched into the game will be free-to-play.

We’ve already seen plenty of fantastic competitive action over the past few months but all of this is just a taster of what’s to come. Once the game is launched and open to a wider audience we’re going to see more teams, more competitions and more money on the line. Esports is already one of the fastest growing industries in the world, even being discussed in relation to the Tokyo Olympic Games, and all the biggest gaming organisations and sponsors will all be looking to invest in its most exciting titles. With BlizzCon offering huge pools of money to professional eSports players each year already, and Blizzard’s established success in developing the competitive scenes for other games, Hearthstone for instance, you can fully expect Overwatch to take off this year competitively. Since there is no cross platform play in Overwatch, however, Blizzard will need to work out over the next few months whether they want to split up the competitive scene into its different console groups or focus on PCs, perhaps, as being the major competitive platform.

With a host of different game modes and maps already in place, the format for competitive tournaments is yet to be fully established and the addition of new maps and game modes might complicate things further, but also provide the developers with interesting new ways to balance the game. Want to bring a relatively well balanced hero into the meta? Why not release a map that perfectly suits their playstyle or a new mode in which their strategies might be more effective? With the most recent maps, Nepal, Lijiang Tower and Ilios, such stunning locations we can’t wait to see what we’ll get next.

Blizzard are keen for the game to be a global success and with its launch we’ll quickly see whether it will be as successful in the Asian scene as we expect it will be in Europe and North America. The Asian gameplay region came online for the Closed Beta on February 16 and with such a thriving gaming community and so many celebrated professional players from countries like Malaysia, Korea, China and Japan, if it takes off you can expect plenty of strong teams to emerge from this region to challenge the likes of Cloud9.gg or Reunited.gg. 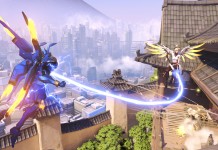