League of Legends Stephen Draper -
-418
Nexus Blitz has been a mode showcased several times now within League of Legends. It’s entirely different from the main game, and in it's...
Via blizzard.gamespress.com & battleborn.com/en/news/

May is going to be a busy month for keen first-person-shooter players, with the release of two massive titles: Blizzards’s Overwatch and Gearbox Software’s Battleborn. In many ways these two games are shaping up to be pretty similar, and they both feature team-based competitive game-play, colorful futuristic worlds, MOBA-like rosters of characters, and stylish, Pixar-inspired graphics. If you’re looking to pick up a new shooter then it could be hard to choose between these two. Both of these games are going to be featuring open beta’s before release, with Battleborn’s running from 8-18 April and Overwatch’s from 5-9 May so you will have a chance to test them both out. Let’s take a look at the key differences you’re going to need to know.

Battleborn is set in a distant universe in the far off future where a group of heroes fight to protect the galaxy’s last remaining star, known as Solus, from a mysterious evil power bent on its destruction. It’s a hi-tech, science-fiction world of space ships and robots but you can expect plenty of different maps and landscapes to give players some variety. Overwatch, on the other hand, is set on Earth in the not too distant future – so whilst you’ll see laser guns and force shields, the game also features familiar locations like Hollywood and the isolated mountain villages of Nepal. The Overwatch peacekeeping force was formed to protect humanity but years afterwards the team was disbanded and the various heroes now find themselves caught up with new challenges.

There’ll be 25 Battleborn heroes once the game is released, five for each faction, whilst Overwatch currently features 21 heroes. The roles of the different heroes are pretty similar, with Overwatch labeling theirs as Offense, Defense, Tanks and Supports, and Battleborn splitting theirs into Support, Attack and Defense. Design-wise, both games feature a wide variety of quirky characters, from Overwatch’s sassy pilot Tracer to Battleborn’s gentlemanly robot Marquis and his collapsible sniper rifle. With many to choose from and many more to be released, whichever game you play there are going to be plenty of heroes you love to play and players who like to stick to a specific playstyle will quickly be able to find their niche. 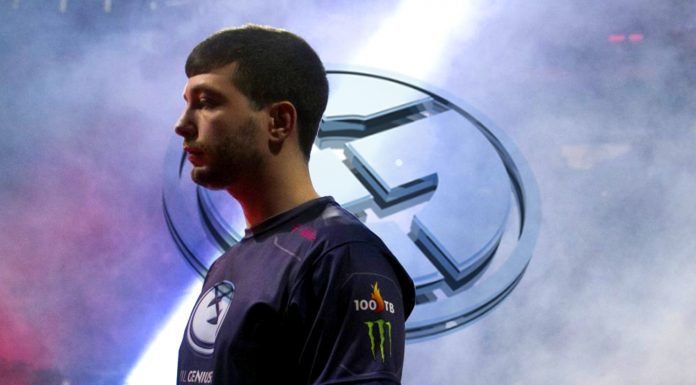 Whilst both games fit the FPS genre, with various team-based competitive modes, and both games have MOBA elements, with unique hero powers and Ultimates for each character, game-play is where the games differ the most. Battleborn borrows far more closely from games like Dota 2 and League of Legends, with minions for each team, neutral camps to be exploited, and an in-game leveling system that unlocks new abilities throughout the game and which resets at the start of each new match. Battleborn also has a single-player or co-op narrative campaign for you to enjoy in addition to the competitive game modes. Overwatch has no character leveling system and players are even free to change character during a match. The focus in Overwatch is fully on the player-versus-player action and there is no way for anyone to gain any mechanical advantages as a game progresses. As a result, Blizzard have poured a lot of time into creating complex environments for all the action, balanced game modes they believe will suit professional level play, and heroes versatile enough to support a range of tactics.

Blizzard shouldn’t need any introduction – they host one of the biggest eSports events each year and they’ve been investing heavily in developing a professional circuit for Hearthstone and transforming their first MOBA, Heroes of the Storm, into a popular eSport. With millions of dollars of prize money at Blizzcon each year, it’s not surprising that top FPS players, such as Fnatic’s Battlefield 4 squad, are already looking to move on to Overwatch. Gearbox Software, on the other hand, is known mostly for its first-person shooter campaigns in games like Boarderlands, although they were involved with CS:GO a while back. We’ll have to wait and see how far they want to take Battleborn competitively but you can be sure that it’s going to be a fantastic game.

Previous articleThe Women of Overwatch
Next articleOverwatch: The Best and Worst Skins 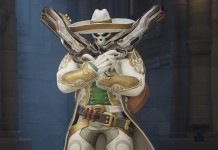