General Stephen Draper -
-6.8k
Path of Exile Shaping Before you start shaping your Path of Exile Atlas, we suggest you read our introduction to the Atlas. Once you have...
Via overwatch.wikia.com

Any experienced first-person shooter player will be able to tell you that the first step to mastering the game, once you’ve got the mechanics nailed down, is to learn the maps inside out. Knowing the best sniping positions for your Widowmaker or the most devastating ambush points for your Reaper will give you a huge edge over your opponents. Overwatch comes with several stunning, detailed maps for you to explore, with plenty more on the horizon. There are currently ten maps in the game, each of which supports a different game mode, so let’s take a look at what’s on offer.

We’re going to start off by looking at the Payload maps. In Payload the attacking team’s task is to move the payload to a delivery point before their time runs out, whilst the defenders must halt the attackers’ progress. Dorado and Watchpoint: Gibraltar are the two dedicated Payload maps, and each features an ideal environment for planning out your ambushes, whilst King’s Row, Numbani and Hollywood are hybrid maps which introduce some Point Capture as well as Payload.

The first of our Payload maps, the Mexican city of Dorado provides players with a labyrinth of winding streets and open courtyards, perched on a cliff above a wide, expansive bay. The dusky setting and glowing lanterns give it a sleepy, twilight feeling and the tall buildings and high roof tops make it a great map to explore with the more mobile heroes. Pharah is a great option on this map, since her jump jets allow her to take advantage of the vertical space and her explosive rockets will destroy enemies who group up on the narrow streets.

The second Payload map provides another coastal setting. Watchpoint: Gibraltar is a futuristic Mediterranean port and the game-play revolves around transporting a satellite drone to a rocket launch. Inside the facility you’ll find an indoor battle arena of tight hallways and warehouses, with plenty of crates and machines giving players lots of cover. It’s easy for sides to get bottle-necked within Watchpoint: Gibraltar so a hero who can take advantage of this can be a game-winning choice. Symmetra’s turrets, for instance, can provide enough control to tie your opponents down within a confined space and set up a favorable engagement.

Set at night amongst the twisting, cobblestone lanes and Victorian buildings of an English city, King’s Row is mostly an outdoor map but its narrow maze of roads and city squares primarily favour heroes who are effective at short range. Reinhardt is especially powerful when pushing forwards on this map, since his shield covers up most of the width of the tight streets. With red, double decker buses and historical statues littering King’s Row, there are plenty of hiding spots for you to make use of.

A utopian desert city set upon a Nigerian savanna, Numbani is the polar opposite of King’s Row in many ways, offering players a futuristic, day-time cityscape with a clean, organic atmosphere. With loads of balconies and other vertical levels, snipers are going to love this map, as well as other heroes with jumping or climbing abilities. This is a pretty open map so it’s important for the attackers to stay as a group as much as possible – otherwise you might get ambushed alone and picked off.

The final Payload map takes players to Hollywood, Los Angeles, where the attacking team is tasked to escort film director Halfred Glitchbot to his trailer inside Goldshire Studios, through a variety of different film sets. This is a particularly versatile map, which moves from the bright streets of Hollywood Boulevard, to a wild western set inside Goldshire Studios, and then through a claustrophobic building which can easily become a death trap. Heroes who can dish out a lot of damage in a confined space, like Reaper, could excel on in Hollywood. 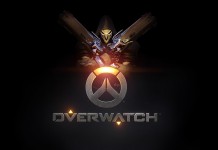