League of Legends Stephen Draper -
-416
Nexus Blitz has been a mode showcased several times now within League of Legends. It’s entirely different from the main game, and in it's...
Via eu.battle.net

A rewarding competitive mode is a core feature of every successful eSport and Blizzard have recently released details for Overwatch’s Competitive Play. This is going to be the most important game mode for players who want to push themselves and the battleground for aspiring professionals to hone their skills. We’ve seen plenty of different formats used across the most popular games, from Hearthstone’s seasonal ladder format to Dota’s MMR system, but Blizzard have opted to follow a similar ladder system to what they’ve used before. Players who participate in Competitive Play will be rewarded with cosmetic items, but for most players the chance to prove themselves will be all the incentive they need.

You’ll be able to queue for competitive matches by yourself or with any number of friends. Blizzard have said that the matchmaking system will do its best to match you against other players who’ve also queued solo or, if you’re playing with friends, against players who also queued in similar-sized groups and if this mechanic works we’ll all really appreciate it – there’s nothing more frustrating than getting matched against a well-organised party when you’re playing by yourself with a bunch of random players. The system will also match players based on their ranks so as a season progresses and players filter into their respective skill brackets you can expect matches to get more and more intense.

There will be a lock on Competitive Play until you reach level 25 to ensure everyone playing has enough experience to compete and this is another sensible feature that will protect the quality of competitive matches. They’ve split the brackets into four distinct tiers, Challenger, Advanced, Expert, and Master, each with five divisions, and once you reach a tier you cannot be demoted from it – so no one is going to get overly punished for having an off day. Like with Hearthstone, once you reach the final tier, Master 5, you will advance to a special tier called Heroic where players are given individual rankings and Leaderboards will track the progress of the top players in each region.

Format-wise, if you’ve chosen to play on an Assault Map or an Escort Map then two full games will be played, with each team having a turn to attack and defend, and if it’s tied at the end then the teams will have to battle it out over a single objective on a random Control Map in a Sudden Death to determine the victor. If a Control Map is selected then you’ll play to win three out of five objectives (instead of the usual two out of three) in order to make all the games approximately the same length. No doubt there’ll be some more tweaks to the system over the next few months but we’re glad to see Blizzard put so much thought into the game mode that matters the most. 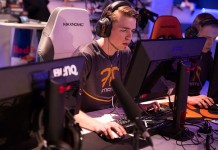