Overwatch has not even hit its official release yet and two of the top players on the professional scene have been leveled with hasty accusations of using third-party software to boost their in-game performances. Cheating in esports has always been a hugely sensitive topic, since sophisticated hack programs threaten to completely undermine games and damage the reputation of competitive play. It’s safe to say that Blizzard will treat any allegations with the utmost severity. Over the past few years, we’ve seen CS:GO players VAC banned and banned from major tournaments, top Hearthstone competitors suspended for win trading, Dota teams like Team Redemption disbanded for match fixing, and Riot’s frequent actions against unprincipled League of Legends players. It’s easy to see why the accusations of aimbot usage by Surefour and Taimou have attracted attention, but how much do we really know about the situation other than “sketchy” video clips?

Timo “Taimou” Kettunen is a talented Finnish player on Team EnvyUs, who finished third at Overkill and has emerged as one of the strongest teams in the game’s beta. He’s known for his aggressive play on heroes like Widowmaker and McCree, and he has been praised for his excellent mechanical skill and game sense. Short clips, such as the one above, are the source of the aimbot accusations. Fans have argued that the godlike precision with which his cursor ‘snaps’ onto heroes to find kills is evidence of an aimbot at work. Blizzard, however, has announced that they will never use community footage alone to verify whether or not a professional Overwatch player is cheating.

Lane “Surefour” Roberts is a Canadian player currently on Cloud9, the team that won Overkill and the One Nation of Gamers Overwatch Invitational. He’s easily one of the top North American players. He’s already been given the name “Surelock,” and people have claimed that an aimbot system picks out simple kills for him, and locks on to enemy heroes behind walls. Surefour has denied these claims on his stream and nothing yet has been established. He’s a regular streamer on Twitch and his subscribers have defended him from such claims,arguing that he has managed to replicate these mouse movements on stream and that snapping onto targets is a mechanical skill every top FPS players attempts to master.

Could These Aimbot Allegations Be True?

It’s possible, but unlikely. Of course it’s possible that there could be some truth to these claims – you can see why people believe some of the mouse movements in both clips look unusual, with cursors decelerating at unnerving speeds and snapping onto enemy heroes for head-shots with uncanny precision.

However, the “evidence” proves nothing. It seems only inevitable that the most talented FPS players would be targeted by such allegations, since with unbelievable skill levels there will be moments in their play when, with a bit of luck, they pull off unnaturally precise shots. It’s also worth bearing in mind that there are plenty of advanced mice on the market with custom options that could explain unfamiliar cursor movements and deceleration. Blizzard have been the first ones to point out that game replays still have bugs to be ironed out and don’t deliver entirely accurate representations of real-time mouse movements.

Blizzard is in the best position to evaluate aimbot allegations, especially since Overwatch has some unique mechanics that make it standout from other shooters. Widowmaker’s Ultimate, for instance, gives her entire team sight behind walls. Unless verified by Blizzard, it’s safe to assume that neither Surefour or Taimou cheats, and as the Overwatch competitive scene grows, we can expect all pro matches to be monitored.

It was refreshing to see Blizzard react to these aimbot allegations instantly, releasing a statement declaring that hackers will receive permanent bans when caught and giving players a way to report those they suspect of cheating. Thankfully, Blizzard emphasized that publicly accusing talented players based off of short clips can unfairly damage their reputations.

Previous articleOverwatch Teams: Top 5 to Watch in 2016
Next articleThe 5 Types of Overwatch Players 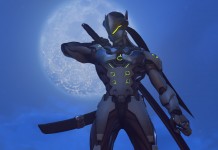