General Stephen Draper -
-6.8k
Path of Exile Shaping Before you start shaping your Path of Exile Atlas, we suggest you read our introduction to the Atlas. Once you have...
Featured image via Superb Wallpapers.

After all of the recent changes to Dota 2, especially following the release of 7.02, everybody’s performance has taken a hit. Where have our precious frame rates gone? Even though Valve have released a few small patches tweaking some performance related bugs, the game is still not running as smoothly as it did in the past. Some blame the abundance of new cosmetics with particle effects, but we can hardly be expected to play without our gorgeous sets, can we? Today, we’re going to take a look at some of the best ways for players to optimize Dota’s graphics and performance.

Step 1: Find the best API for your system

There are three different graphics rendering systems you can use for Dota: Direct X, OpenGL, and Vulcan. DirectX is the default. To use OpenGL 9 or Vulcan you first need to download them from the Dota DLC selection in Steam. Then go to the Dota 2 properties, and add either one to the launch options by inputting “-gl” for OpenGL and “-vulcan” for Vulcan. Which one will give you the highest frame rate? Reasonable question, but the answer depends on your system. I’d recommend giving all three of these a try to see which works best.

Which settings can you afford to change? You want to keep the Game Screen Render Quality as high as possiblem, but there are some other settings you can tweak. Turning the Shadow Quality to Off or Medium is a quick way to give your frames a boost, and Texture Quality can also be reduced. Many of the graphical extras can be turned off: Grass, Specular and Light Blooms, High Quality Water, Atmospheric Fog, Tree Wind etc.

You should also be running Dota in Exclusive Fullscreen mode, as this gives you a higher FPS than Borderless Windowed.

How’s your PC handling Dota these days? What kind of FPS do you get? Hit us up on Twitter. We won’t bite. 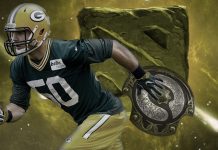