This past weekend Green Bay Packer fans saw their very own Blake Martinez debut enthusiasm for Dota 2 in Moonduck Studio’s Elimination Mode 3 panel with Zyori, SirActionSlakes and Sunsfan. As Dota 2’s first 3k mmr NFL player, Blake spoke about this favorite players, professional team, and talked about how he got into Dota 2. While the conversation turned serious at times, Blake spoke on how he explains his love of Dota to his colleagues, especially how he reacts to their curiosity when he’s watching tournaments on Twitch.

Much like many other Twitch users, Blake Martinez often got inquisitive looks from his colleagues when he was watching games in public. But he’s got a secret weapon: Blake uses the International as a stepping stone to explain esports to coworkers who aren’t familiar with the industry. The sheer magnitude of the International is a useful way to help his teammates, who regularly have 80,000 fans filling their stadiums, understand and appreciate the world of esports.

SunsFan and Blake discussed the similarities and differences between the NFL and Dota 2. Both are competitive arenas for dedicated individuals to compete for major titles, each has in their own unique support systems and infrastructure.

In the NFL, Blake explained, the captain is similar to a carry in Dota–they’re the ones who make and execute the difficult plays. In Dota 2, the captain is more commonly a support player, guiding the team in the direction that he feels is the most appropriate. The Packers, interestingly enough, rotate their captain regularly–each player on the team has a different approach and attitude to the game. We haven’t seen any teams try a similar system in Dota, but it would certainly be interesting.

One important issue that was raised was the problems surrounding of drafts and team composition. As a newly drafted Packer, Blake raised concerns over how players are quick to leave or kick other players if the team doesn’t perform well after a major event in Dota 2. Teams like the Packers focus on developing players and ensuring that they players grow together–as a team–in order for them to perform better. In the NFL, teams don’t drop half their players just because they didn’t win the Super Bowl.

The same cannot be said for the world of Dota 2, although the scene is far more stable these days than it has been in the past.

It’s encouraging to see individuals like Blake Martinez step forward. The presence of high-profile sports players helps break stereotypes about both gamers and professional athletes. Our industry can learn from sports, especially when it comes to team management. Blake’s emergence in the gaming industry comes after the news that the Dallas Cowboys are looking into buying an esport team. There hasn’t been any information about what games the Cowboys are planning to invest in, but choosing Epsilon to help them make their decision is an indication of their commitment.

Good luck to Blake Martinez on his quest for 4k! You’ll get there soon. 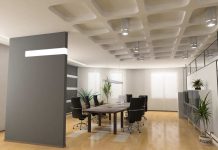