CS:GO Eugene Torubalko -
-14
CS:GO DreamHack Recap DreamHack 2020 is already at the doorstep. It marks a new beginning, but at the same...

Here’s an in-depth look at the most casual tournament of the year:

So you’re watching The Summit for the first time – what can you expect on stream?

BTS was banned from Twitch for like an hour or something after this aired on stream.

Context: IG promised to do a maid cosplay if they won the Redemption Vote for The Summit 3. Very pretty.

Summits are held in the Beyond the Summit Studio house, i.e. the house that the casters live in during the year.

It’s a chill tournament for casters and players alike – no “in situ” fans, no stages, just some people playing some Dotes and hanging out. There are interviews, movie allusions that probably go right over the head of many younger fans, and even musical numbers.

Unfortunately EG and Secret were unable to attend The Summit 5 as it falls fairly close to TI6. The participating teams for The Summit 5 include: OG, NaVi, Liquid, Digital Chaos, Wings, Ad Finem*, Fnatic, and redemption vote winners Friendship, Dedication, Love. 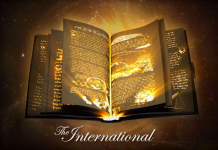