Dota 2 Craig Linscott -
-996
Silencer Here is a Hero that can silence entire stadiums of screaming fans. A fun trend that is going around in the larger LAN tournaments...
ESL One Manila

All of these players have been around the pro scene for a bit, mostly playing on Tier 3 teams. It’s been a while since five players came out of the ‘minor leagues’ to wreck everybody’s faces. Wings are a welcome breath of fresh air.

If you’ve been following Dota for a bit, you may remember Wings from WCA 2015. Wings was accused of cheating by having people take photos of other team’s drafts during scrims. The manager of Wings refuted the claim during a Coffee With Toffees Podcast*. Wings kind of fell off the radar for a while after WCA. They stormed back into the scene at ESL One Manila, taking first place in a clean 3-0 over Liquid. They also grabbed second at Nanyang.

*Side note, Toffees is awesome and you should check out his podcasts!

Summit 5 Spoilers Below, you have been warned!!

bLink and y innocence stopped by the couch during The Summit 5 to do some casting, alongside Merlini. While there is a lot of cultural meshing within pro teams, China and the Western scene always seem a bit divided. It was great to have the Wings guys lend some insight.

Who needs a Meta?

They really showed off their versatile hero pool during the Grand Finals. Their unconventional Warlock pick in the first game didn’t work out too well for them. OG stomped them in only 18 minutes. Game 1 was such a rout that I was expecting a 3-0 in favor of OG, to be honest. That unusual Warlock went 0/0/1 and didn’t have much of an impact on the game. Wings’ “what meta?” strategy looked like it was finally falling apart. Nerrrrrrrp. OG was pretty handily defeated in the next three games. And handily defeated by: A Spirit Breaker. An Ogre Magi.

OG went a little wild with picks as well – Cr1t played mid Doom in the final game (didn’t work out great, but hey, Doom got picked in a pro match). Huskar’s apparently a thing again despite being hit with the nerf bat a few patches ago. Storm Spirit was an interesting choice for Miracle-, but it didn’t work out too well against Anti-mage.

I for one, am excited about the hero diversity Wings brings to the table. At any rate, ggwp. They look like fierce competition at TI6 – Their unpredictable drafts will make strategic bans difficult. 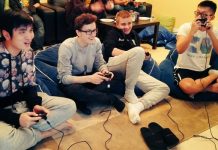 A Beginner's Guide to the Summit 5