General Stephen Draper -
-6.8k
Path of Exile Shaping Before you start shaping your Path of Exile Atlas, we suggest you read our introduction to the Atlas. Once you have...
"I need no introduction." -- Monkey King, 2016

Valve waited just long enough after Reborn to give us another buggy Dota release. It was a choice between the better of two evils for Valve: release Monkey King and 7.00 on time, as promised, and end up with tons of bizarre gamebreaking bugs. Or release it late and suffer endless nerdrage. Neither option is particularly appealing, but at least getting the Monkey King update out on time lets the development team discover (and start to fix) issues much faster.

I understand the community frustration. Whenever a major update comes out, everyone gets to play Beta Tester for a few  weeks.

What are some of the more notable Dota 7.01 bugs?

GAMEBREAKING BUG: If you click on ally hero showcase while dead, you buyback from DotA2

I hope you weren’t saving that.

Don’t play Io for a while (not that you did anyway).

In fact, there were enough bugs related to Io that a Reddit user felt compelled to assemble a spreadsheet that meticulously outlines each and every one of them.

Equipping the Diffusal Lance cosmetic on PL makes it possible for enemies to identify the real Phantom Lancer from his illusions, and Rubick’s spell stealing plenty of bugs of its own.

I’d suggest taking note of these bugs if you’re trying to play Ranked. If you encounter a bug, report it to the right places if you want something to be done about it. You can use Reddit if you want to, but unless you’re gambling on your post hitting the front page, you’re better off describing the issue in detail on the Dota developer forums. 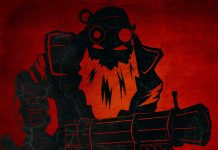