Reviews Stephen Draper -
-280
We were lucky enough to receive a Roccat Kova gaming mouse last month to review. I’ve used the mouse extensively, and have...
Featured image via YouTube.

It’s been a confusing mess of games for my group of friends and I since the release of 7.00. So many aspects of the game have changed that it is difficult to get a handle on , Dota 2. I feel like I’m playing a new game different heroes, a new map and pointless MMR. Here’s a quick guide on how to navigate the biggest changes in 7.00.

Monkey King has become a problem. It’s been over a week since his glorious release and he has yet to be balanced. I don’t want to say he’s in every game, but he’s in almost every game. Your only reprieve is Captain’s Draft.  While he’s not impossible to counter, he’s a broken hero with a ridiculous 300 attack range.

My current pub just fed the enemy Monkey King a rampage at 3:30 and a beyond godlike by 4

How to skill your hero

The talent tree is an awesome addition to the game. Really. It allows you to customize your hero beyond your item build to react to how your opponents are building their heroes. The downside to this big addition is how many players are feeling like they are learning a new game. And they aren’t wrong. There’s a simple way to combat this aside from desperately trying to learn in each match. It’s homework. Find some good guides, do a quick look through of the talents that each hero can build and get familiarized with the talents. There are some good quick guides that can help you reacquaint yourself with your favorite heroes.

Matchmaking has become a battlefield in itself but before I dive into MMR and solo queues, Valve needs a shout out. I’m beyond impressed at how fast loading into a game is with the new update, but there are still some issues with the actual matchmaking process and playing solo. Many players, including myself, are finding that matches are no longer distributed evenly. Solo players are being matched against a 5 stack or 4 stack. This doesn’t mean that the solo team will lose but it disproportionately weighs the odds against them. Chances are that if you are playing as a group of five your team communication and dynamic is much better than 5 solo players. My best suggestion here is to play with friends until matchmaking is fixed. Perhaps it’s a temporary issue with Valve’s matchmaking, but it’s definitely happening more than it did before 7.00 was released.

The Dota 2 community never stops complaining about MMR. It’s always, “mine’s too low” or “it’s not fair, I’m not 1k.” Without griping too much, I feel that it might be appropriate to allow a re-calibration for the new patch due to how different the game feels and plays. It might make matchmaking easier and the games more balanced. 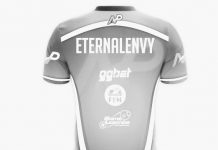