Patch 7.00 is here, bringing with it a host of fundamental changes to the game and it is already being dubbed Dota 3. Along with the visual changes, the map has been massively reworked and the introduction of Talent Trees will massively shake up the metagame. Who are the best heroes in patch 7.00 then? It’s too early to say, but let’s take a look at the heroes whose fortunes look to be on the rise.

So after his rework Lycan might not be balanced at all. He looks to be stronger in pretty much every respect. It’s not entirely clear what has pushed him over the edge but it’s likely to be the way Howl now provides 50/100/150/200 Max HP increase to heroes, 25/50/75/100 to non-heroes, and this effect is doubled at night time. This transforms minion armies into unstoppable forces of destruction and it seems likely 7.00a will scale back this ability.

Visage is another hero who has received buffs to pretty much all his abilities, and this combined with the buffs to Rod of Atos, changing the Slow into a Root, will shove him firmly back into the competitive meta. Both he and his Familiars are now harder to kill and more annoying than ever to play against. Players better start brushing up on their micro skills.

Lone Druid has a noticeably strong Talent Tree, which can be used to buff up his bear with damage and armor or himself with +250 health and there’s even a -50s Respawn time on offer. Seems balanced. In addition, the change to the Root mechanic, which now disables far more abilities, including Pounce and Ball Lightning, makes Entangle a far more deadly ability.

With the addition of the Shrines and the jungle rework, jungling should be easier in patch 7.00 and the improvement to Eidolon movement speed (increased from 260/280/300/320 to 280/300/320/340) will only speed things up for Engima. He also has a pretty strong Talent Tree, with HP, magic resistance and amour all there to improve his survivability whilst cooldown, respawn reductions, and extra gold per minute will all offer more impact in the late game.

Where mid heroes are concerned, Templar Assassin may well see a surge in popularity. She typically tops the XP and GPM graphs at least early on, and with the new Talent system early game XP leads should translate into a more dominant mid game. The change to Psi Blades, which now work when illusions of Templar Assassin attack, also provides a new, stat- or speed-based way to play Templar Assassin. This will improve her win rates against lineups where her refraction will not last long. Even better, now that Unique Attack Modifiers have nearly all been removed from the game, she’d be able to vary her build more than before, with Skadi becoming an attractive option for her if she does pick up a Manta. 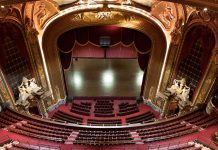