General Stephen Draper -
-6.8k
Path of Exile Shaping Before you start shaping your Path of Exile Atlas, we suggest you read our introduction to the Atlas. Once you have...
Featured image by TrungTH via Deviantart.

I’ll be the first to admit I whine about my MMR sometimes. I lose my cool when I’m grinding and a ranked game doesn’t go my way. I moan that it’s not my fault that I didn’t know that you shouldn’t calibrate right when you hit level 13 and I bitch that it’s impossible to rank higher in solo. With all that being said, there are still some troublesome issues surrounding MMR. It’s not a perfect system, but Valve needs step in and do something.

Dota 2 is a free to play game meaning you don’t have to buy the game to play but there are people out there who don’t want to grind away to have a high MMR. So what do you do when you want something but don’t want to put the effort into obtaining your goal? You pay for it of course! There are multiple ways to do this but the two most common ways are: buying someone’s account or paying someone to boost your own.

It takes quick google search to see how easy it is to pay to boost your MMR. There are a lot of sites that are willing to take your money and boost your MMR. I checked out one of the sites to see how difficult it is and it’s surprisingly easy. For a low price of $93 dollars, I can boost my solo MMR by 1,100. They take over my account and once they receive my payment, someone plays some Dota 2 on my behalf. They will make sure that the “appear offline” option is on so no one will know that someone else is playing on my account.

I was actually surprised as to how many sites there were that openly boasted about the boosted MMR. Considering that Valve cracked down on the betting sites on a while ago, I was astonished as how visible and open these sites are. They aren’t hiding in plain sight, they’re not even bothering to hide at all. The businesses themselves might be legal, or at least operate in a murky grey area despite violating Steam’s Terms of Service, but the process itself is controversial. I would hope now that Valve has started to crack down on fraudulent uses of Steam and betting items, that Dota 2’s MMR boosting issues will be addressed in the future as well.

It’s not the real you

There are a lot of reasons why I loathe people boosting their MMR. I’ve matched with people who are quite obviously not playing at their MMR, and it makes the game really unbalanced and unfair for all involved. I understand that Dota 2 has one of the steepest learning curves but artificially raising your MMR doesn’t make you better.  In fact, you don’t learn anything from paying for MMR, which hopefully shouldn’t come as a shock. It’s a game that sometimes you hate to love but paying for someone’s 5k account just seems wrong. Whether you’re 1k or 6k, you can always get better at Dota 2. Even professional players can attest to the fact that things are constantly changing and they’re always learning something.

It’s time to suck it up and accept your MMR. Good or bad. 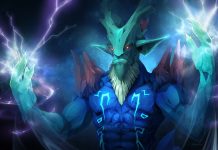