General Stephen Draper -
-6.8k
Path of Exile Shaping Before you start shaping your Path of Exile Atlas, we suggest you read our introduction to the Atlas. Once you have...
Photograph of Alex 'Machine' Richardson by Helena Kristiansson @ eslgaming.com

We won’t be seeing ReDeYe this time around. Alex “Machine” Richardson is the surprise Boston Major host.

Apparently everyone uses that photo of him in that pose for their press release materials.

Admittedly, I don’t watch as much CS:GO as I should. When I’ve watched tournaments in the past, I don’t actually remember the hosts since I was mostly focused on the games. I’m pretty hyped to see Machine in action—these days, you’ve really gotta have a host with a British accent to make your tournament legit. I do love ReDeYe, and the change of hosts will give Boston a different feel.

While I enjoy seeing the ‘regulars’ at the desk, it’s good business to switch things up occasionally. By bringing in a host that’s popular in another esport, Valve can attract more viewers. CS:GO players who like Machine may tune in just to see him host, and just might become Dota fans in the process.

Tobi, one of the most well-known Dota casters, did a stint casting CS:GO for a while. Think of it as career insurance—if your esport of choice peters out competitively (…Starcraft…), you can easily transition into a different role in the same field. It also helps unify the scene. People tend to get swept up in the little rivalries between different games. They forget that esports as a whole are just now becoming a “thing” and it’s important to promote ALL games, not just your favorites.

Some fans are worried that Machine will lack game knowledge. It’s important that a host reads up on the teams, players, and their rivalries beforehand. This is something that 2GD lacked a little at Shanghai (before he was removed by Valve, that is). As conversation director, the host needs to know what questions to ask the panel.

As far as deep game knowledge goes, it’s important to have realistic expectations. If he gets the concept and understands CS-ing, map objectives, etc. I’m happy. The host is there to entertain and keep conversation flowing. He doesn’t need to have encyclopedic knowledge on Riki buffs and nerfs over the last five patches. Having a host who isn’t super familiar with the game may help attract new viewers, too. Panelists will need to speak more plainly for Machine’s benefit, which, in turn, makes it easier for the casual viewer to follow.

It’s like sticking a group of specialized geologists on a panel – too many experts, and they end up discussing the minutia of porewater pressure changes instead of telling the audience about how rainfall affects the stability of soil units. See, you got bored even reading the first half of that sentence.

This is an excellent career move by Machine and good choice by Valve. I’m looking forward to Machine’s hosting and hopefully more crossover at events in the future. Let’s borrow personalities from other esports and change things up once in a while. And let’s remember that while we might be into Overwatch or Hearthstone or League, at the end of the day, it’s all esports.

Previous articleEsports, Sports Recognition, and Visas
Next articleFour Talking Points Ahead of the Boston Major 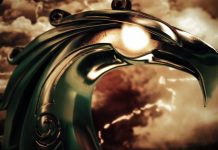