General Stephen Draper -
-6.8k
Path of Exile Shaping Before you start shaping your Path of Exile Atlas, we suggest you read our introduction to the Atlas. Once you have...
Biggreenpepper on Deviantart

Well, we’ve seen a lot of Mirana and Batrider already, as expected. But the Boston Major has already treated us to several unconventional hero picks.

CoL picked up Lesh in both the group stages and Game 1 against WG.Unity. While Lesh was the hero at TI5, he largely fell out of favor in recent patches.

CoL were able to use Leshrac pretty effectively against EG. I think almost everyone expected the series to go 2-0 in EG’s favor. EG.Zai picked Lesh in Game 2 against Wings, which EG ended up winning to take the series.

VP.Lil’s Weaver is pretty famous. Time Lapse with the Aghs upgrade allows Weaver to use his ulti on allied heroes = such value, much wow. Virtus Pro claimed the second game of their series against IG.V due to Lil’s clutch ultis on Weaver.

Complexity attempted to pick up Weaver in the carry position. Moo played Weaver in a game against WG.Unity, with a KDA of 2/2/2 in a 24 minute game. Carry Weaver didn’t work out any better for Wings.Shadow either.

Remember this guy? He was a super popular support circa 2014. Wings.Iceice played a Shadow Shaman support in Game 1 versus EG. Wings were known at TI6 for their “what meta?” playstyle. The success of Wings is largely attributed to their ability to make other teams expect the unexpected during the draft—their opponents often seem entirely lost when trying to go up against the unpredictable and occasionally bizarre lineups of Wings. Unfortunately, these surprise picks didn’t work out in their favor at the Boston Major.

Once again, is it 2014 again? Every time I see Lycan I have flashbacks to the infamous “Cloud9 No TP Strat game.” Wings weren’t able to get things done despite the pushing power of Lycan. BLink played Lycan at mid but didn’t complete his Vlads until 13 minutes into the game. He finished up 2/5/3. At least Wings are continuing their unconventional hero picks tradition.

Yeah. DC went there. A Pudge and Pugna game. WAAAOW. MVP.Phoenix also picked up Pudge in their second match against OG, but ended up losing the game and being eliminated from the Boston Major.

Unconventional Hero Picks Honorable Mentions: In CoL vs. WG.Unity game two, KaNG picked Legion Commander in Offlane. While she totally used to be a thing (ask Bone7 about that), she’s now the scourge of pub games. It worked out well for KaNG and WG.Unity though. During the group stage, EHOME.Sylar played carry PUGNA. LFY [LGD.ForeverYoung] picked him up as well in the game with DC’s Pudge. I actually forgot for a while that Pugna existed. That’s how out of the pro meta he is. 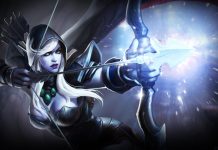