General Stephen Draper -
-6.8k
Path of Exile Shaping Before you start shaping your Path of Exile Atlas, we suggest you read our introduction to the Atlas. Once you have...
Image via MetaThreads

I can’t imagine it’s that easy to find sponsors for start-up esports teams.

A great example is Team NP. They recently partnered with FYM Hot Sauce, a small company from Portland, OR. FYM’s owner is active on Reddit and enthusiastic about esports. When the partnership was announced, many praised NP. A “grassroots” team and a small company seemed like a great pairing, especially considering the rumors that NP turned down sponsorship from the Cloud9 organization (dammit).

What happens when a team picks up controversial sponsorships – a company that’s not well-loved?

Now Team NP has another sponsor: GG Bet. GG Bet has come under fire on Reddit recently for having terms & conditions that are allegedly designed to be confusing. Many esports fans disagree with the way that the site works. As a result, they’re hesitant to even purchase a Team NP jersey if it means promoting GG Bet in the process.

Reddit is full of comments slamming EternalEnvy for accepting the partnership. Previously, fans had donated money to the fledgling team to help them purchase peripheral stuff. A lot of those fans feel betrayed now that NP is representing what they see as an unethical company.

Beyond the Summit has been subjected to similar criticism. They are partially sponsored by G2A, another site with a bit of a checkered past. Additionally, Beyond the Summit was blasted during The Summit 3 for running ads promoting betting (not an unusual thing in esports, though).

Why did BTS accept gambling sponsorships? from beyondthesummit

At the end of the day, I honestly don’t think enough people care for it to make a difference. Sure, a lot of people were pretty mad at EternalEnvy for the GG Bet partnership, and maybe a few won’t buy jerseys. Ultimately people get enraged about things like this for a few minutes and then forget about it. Fans were pissed about “Beyond the Sellout,” but it didn’t seem to stop anyone from watching The Summit 4, 5, or 6.

How do you feel about esports teams partnering with gambling sites?

Teams (and studios) need money. It’s great that fans contributed money to Team NP, but that isn’t going to pay 100% of the bills and neither is FYM Hot Sauce. When faced with the choice of “team is sponsored by a website I don’t really like” or “team disbands because they don’t have enough income to keep going,” I think I’d choose the former in most cases.*

*Obviously there are limits here.

I would love it if NP stuck to just cool, small business-y sponsors that added community value. FYM Hot Sauce seems great and it’s cool that the owner offered to get into sponsorship:

How do you feel about a hot sauce sponsor for teams? from DotA2

FYM are sponsoring CompLexity now too. But this isn’t an ideal world where a small hot sauce business can support an esports team 100%. I just don’t see controversial sponsorships going away anytime soon. As a consumer, we can vote with our wallets. But I also don’t want to see my favorite fledgling teams disband prematurely because they can’t raise enough money to support themselves. 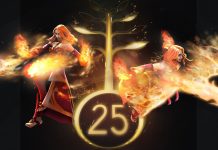