Dota 2 Eugene Torubalko -
-205
Aghanim’s Labyrinth, for Fun or for Prizes! The new event in Dota 2 and Battle Pass 2020 gave us the...
via youtube.com Miruku ESO

Blizzard doesn’t want a hero limit although many players and tournament organizers do. What are the arguments on both sides of the debate?

MOBAs follow the convention of only allowing one or two unique heroes on a map. Why is Overwatch giving free reign? After all, the character element came straight from the MOBA design.

It’s easier to have conflict with other players. You won’t be able to play your favorite character if somebody else locks in first. Most importantly, hero limits simplify the metagame. Fewer possible hero compositions reduce strategic depth.

You’ll find that most people really hate hero-stacking. They think that cheese does not belong in an esport. This point seems rather weak as cheese has always helped to keep the metagame versatile.

Hero limits can also break metagame ruts that arise out of overpowered stack compositions. It’s understandable that viewers wouldn’t want to see twelve Winstons leaping around every game just because it’s the only way for teams to compete.

Consistency between casual and professional scene

Many successful esports grew out of a format that was first used in the casual scene. Being able to imagine oneself as a professional is part of the reason why LoL and other esports became popular. Consistent rules make for an easy transition between amateur and pro levels of play.

Hero limits affect gameplay by responding to the casual and pro environment in different ways. It’s easy for professionals to arrange composition counters but casual strangers have a harder time.

Implementing a hero limit could ruin casual play and Blizzard can’t take that argument lightly. Although the limit can break metagame ruts, there are other ways of doing that. More counters to hero-stacking compositions will be discovered as the scene matures. So the absence of a limit isn’t necessarily negative for competitive play.

Overall, it’s a safer bet to cater to the casual player in the hope that the metagame balances itself. 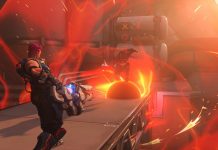