Bastion seems to be a popular hero of with a lot of the newer Overwatch players and that’s completely understandable – there’s no better feeling that mowing down enemy heroes as they desperately try and mount an attack on your position. He’s a powerful defensive option and doesn’t require a huge amount of experience to play well, so perhaps it’s unsurprising that we’ve seen a lot of calls for the hero to receive some more nerfs. Truthfully though, although Bastion excels against newer players he has plently of decent counters and simply requires some specific tactics to counter. Let’s take a look at some reliable ways to take out this immobile turret.

Get your positioning right

Bastion is great at punishing sides that clump together and play in a one dimensional way but good players will be able to play around his static play-style just by getting their positioning right. He can only shoot in one direction at once, and in turret form he can’t move, so if assuming you don’t all charge at him one by one then he shouldn’t be able to handle players working together. If he pins one of you down then that gives a teammate the opportunity to flank him and get the kill.

Deflect his attacks with Genji

The classic way to counter Bastion’s awesome offensive potential; switching to Genji will give you the ability to Deflect Bastion’s attacks back at him – taking him out at a long range when he thinks he’s in a secure position. Thanks to his Cyber-Agility, Genji’s also great at getting up close and personal with Bastion, where you’ll be able to shred him to pieces with your katana. If a Bastion is really causing you problems then Genji should be your instantaneous counter play.

Pick him off with Widowmaker or Hanzo

Thanks to his static play-style, Bastion is a great target for snipers so Widowmakers and Hanzos should make him a prime target. Hanzo and Widowmaker have enough range on them to pick him off without getting obliterated by his weaponry so if they can find a decent sniping position then they’ll ruin his day. Don’t forget that if you’ll inflict heavy damage if you hit him in the rear.

Take him out with Roadhog

On the narrower maps where sniping isn’t a great option then Roadhog should be able to deal with Bastion. He’s such an easy target for a Chain Hook since he tends to sit back without moving and you’ll easily pull him out of Sentry Mode. You do have to approach carefully, but once you’re in range you’ll be tanky enough to withstand a bit of fire and your Scrap Gun should rip through him.

Work together to get up close on Bastion

Another option when your trying to counter Bastion after he’s dug himself into a strong defensive position is to quickly approach him whilst shielding yourself from his damage. D.Va’s Defense Matrix and Boosters should allow her to survive the incoming damage whilst quickly closing the gap, and her Ultimate can clear out defensive positions quickly. Alternatively, if you place some tanky heroes in front of him to soak up some damage then your Tracer or Reaper might be able to sneak round and take him out from close range. 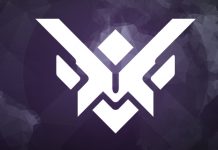