Reviews Elizabeth DiCesare -
-314
ROCCAT Vulcan 120 AIMO Are you in the market for a new gaming keyboard? If so, I recommend checking out the ROCCAT Vulcan 120...
via playoverwatch.com

The last update to Overwatch finally came with the introduction of a ranked “competitive” mode. Now that the long awaited update was finally released, how does it fare against expectations? Did the community get what it wanted or did Blizzard’s execution fall short of expectation?

All changes that came with the update are outlined in Blizzard’s official patch notes. The most important attributes of ranked play are listed below:

Bugs were discovered within the same day of the update. Although they’ve already been fixed, they caused an interesting climate during the first moments of competitive play.

Games could be crashed by exploiting a bug with Genji and Hanzo. Players crashed games to avoid losses and consequently damaged queue times. Games were flaky and left unfinished for the duration of the bug.

Jeff Kaplan left a comment to address this bug.

“Last night … we uncovered a bug that is causing skill rating to not be adjusted properly in our Control Maps (Nepal, Lijiang Tower, Ilios). This bug is a top priority right now and we’re hoping to have a fix ASAP.”

Why did the update come with so many bugs? It was delayed for weeks. People expected the changes to be more polished.

Honestly, who cares about skins and profile pictures? Battle.net balance would make for a much better reward. Putting up real prizes can increase the demand for the game. It’s hard to understand why Blizzard kept their rewards strictly virtual.

Sudden death, as a mechanic, allows for more situations where teams win with luck. The attacking team tends to have an advantage because the payload only needs to reach the first checkpoint.

Disconnect penalty for other players unreasonable

If a player leaves the game, both teams receive less experience than they otherwise would. So, leavers reduce the potential rewards for all players in the server. This seems unjust. Although it is meant to increase the incentive of staying in the game, selfish people will leave all the same. Ban penalties are the most effective way of keeping people from leaving. It doesn’t make sense to drag down everyone because of one selfish player.

Some argue that queues should be separated by stack sizes. Not everyone agrees with this point, but the problem seems clear. Playing solo against a premade team isn’t fun. Blizzard could make adjustments to their matchmaking algorithm to solve the problem without separating queue forms entirely.

Competitive play is promoting toxicity during games. Admittedly, this can’t be avoided. However, Blizzard might want to punish griefing more strictly.

Most people agree that the mistakes shouldn’t have occurred in the first place. After all, the update was available on the test client for the preceding week. The testing period should be longer.

Blizzard is working to fix the mistakes. They’re actively communicating with players and investigating bug reports. Damage control has been very effective so far.

Blizzard feels the pressure of high expectations and demands. In my opinion, it looks like they jumped the gun. Maybe they wanted to incentivize school children to play the game, as summer vacation just started in the U.S. and Europe.

All issues aside, Blizzard is fixing everything at a respectable pace. Bugs are bound to happen with big updates. Overwatch players are lucky to be in the hands of developers who listen to feedback. 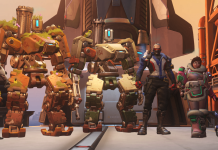