Reviews Elizabeth DiCesare -
-314
ROCCAT Vulcan 120 AIMO Are you in the market for a new gaming keyboard? If so, I recommend checking out the ROCCAT Vulcan 120...
Splyce has secured three of their five Danes for the 2017 season. Photo via flickr.com/lolesports.

Happy to announce that i'm staying with @Splyce for another year! pic.twitter.com/5HadZi5Ibk

I am glad to announce that I have made an agreement to renew my contract with @Splyce for the 2017 season! 😀

Both members were important pieces of Splyce’s fairy tale run from relegation to a qualification for the 2016 World Championship via the Regional Gauntlet. Although they won just a single game in the group stages, the team’s remarkable improvement was widely praised from their contemporaries.

The pair joins jungler Jonas “Trashy” Anderson, who announced his resigning with Splyce on Tuesday. The statuses of top laner Martin “Wunder” Hansen and mid laner “Sencux” Laursen are unclear at the moment, but they announced their free agency earlier this week. 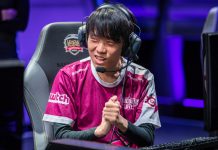