General Stephen Draper -
-6.8k
Path of Exile Shaping Before you start shaping your Path of Exile Atlas, we suggest you read our introduction to the Atlas. Once you have...
The ROX Tigers walk off the world stage one last time. Photo via flickr.com/lolesports

Perhaps the only glue that could have kept the ROX Tigers intact was a World Championship. The Korean regional champions have likely seen their Cinderella story come to an anti-climatic and surprising close, just after taking the KeSPA Cup in the offseason.

Through personal Facebook and Twitter posts, with confirmation from the ROX Tigers’ social media as well, each of the ROX players have publicly announced their termination of contract. All have expressed a willingness to explore the free agent market, but also a desire to continue playing with their existing teammates if those stars should align.

It’s extremely rare to see a back-to-back MVP like Song “Smeb” Kyung-ho depart from one’s team, but the root of the issue was likely with management (or lack thereof). Crowd favourite Han “Peanut” Wang-Ho may end up drawing the majority of attention for bandwagon ROX Tigers fans, who stated that although his contract ends this week, he has not yet made a decision.

Countless other Korean superstars are still contemplating a return from China, including VG’s Dandy, but early rumors have already begun forming regarding destinations for the (former) ROX players.

One group of thought guesses that Smeb will be joining Immortals-departed Reignover in Team Liquid, who recently let go of their superstar jungler Dardoch.

Peanut may be looking at Unicorns of Love as a possible destination, not a bad choice considering their recent success at IEM Oakland.

The one party left smiling in this entire debacle is SK Telecom T1. One of the last legitimate challenges left in the entire world (along with Samsung, maybe KT Rolster), and the most competitive of them, has become a relic of the past, with each of their players likely chasing respective paydays. 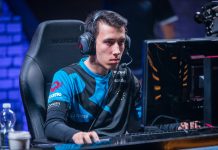