General Stephen Draper -
-6.8k
Path of Exile Shaping Before you start shaping your Path of Exile Atlas, we suggest you read our introduction to the Atlas. Once you have...
PowerOfEvil, one of the biggest free agent splashes of 2016, is declaring his availability once again. Photo via flickr.com/lolesports.

The Western League of Legends free agency period took flight this week, watching several professional players depart from their former teams with a few already signing on to their new 2017 organization.

Tristan “PowerOfEvil” Schrage, who is currently in tryouts to return to Origen, is opening up the door for offers, including from teams across the Atlantic. His lone year with Origen included a victory at IEM Season X – San Jose and a second place finish in the EU LCS Spring Split.

Currently in tryouts but open for attractive/interesting offers from NA/EU
Business inquiries: Tristan.schrage@gmx.de

Happy to announce i have made an agreement with @Splyce to renew my contract for the 2017 season. Ready to reppin #SPYWIN for another year!

Former Copenhagen Wolves support player Petar “Unlimited” Georgiev has called it a day on his playing career. In the same series of tweets he declares his intent to stay in the scene as a coach.

Speaking of CW, Aleš “Freeze” Kněžínek, who split his 2016 between Renegades and H2K-Gaming, has announced that he will not be returning to the latter. The Czech AD carry was relegated to the sidelines after a wrist injury and was forced to watch his team advance to the quarterfinals of Worlds.

I am now officially a free agent. Doctor says I'm 100% and looking forward to bigger and better things! I will not be returning to h2k

In even bigger news, Team Liquid announced on Wednesday the departure of jungler Joshua “Dardoch” Harnett, whose chiseled relationship with then-head coach Choi “Locodoco” Yoon-sub, was featured as the lead narrative in the frame-turning Breaking Point. The Spring Split Outstanding Rookie was announced to have joined Echo Fox on Aug. 30, but all official posts about the transaction have since been removed.

Today we say goodbye to @Dardochlol and we all wish him the best of luck with his new team!https://t.co/udk0PWDszb pic.twitter.com/UI7rikYD7Q

He said in the announcement:”It’s gonna be certainly weird interacting and playing and like living around new people, but I’m really looking forward to what the future holds for me.”

Per a report by ESPN’s Jacob Wolf, Dardoch’s replacement is set to be Kim “Reignover” Yeu-jin, who was crowned the Spring Split Most Valuable Player as a member of Immortals. In 2015, Reignover led Fnatic to the quarterfinals of the Season 5 World Championship. 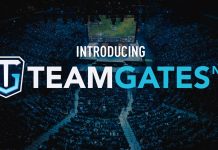