When trying to become better at Overwatch, understanding the PUG (Pick up groups) meta can be an effective way to improve your game. Although that process takes many different forms, a good place to start is understanding which heroes people play the most.

Why should we care about the most used hero?

I think the answer to that is quite simple. Being aware of the most popular heroes can be beneficial in at least two ways:

Who are the most popular heroes?

The answer to this question varies between Quick Play and Competitive. We’ll only look at Competitive as it’s more important and contains more valuable information.

Currently, the three most popular heroes in all competitive Overwatch games (in descending order):

Note that two out of the three heroes are hard supports. The only offense hero in the list, Soldier: 76, also has a healing ability. I think we’re starting to see a pattern here…

It’s also worth noting that all three of these heroes have a 50%+ win rate. So people probably aren’t just playing these heroes because they’re in love with the character.

Now, each of these heroes have strengths that we can tie to their popularity in competitive games.

Soldier can run and gun and heal. He’s able to secure DPS and help with healing with little to no communication. Soldier’s a great pickup for solo queue warriors who carry teams through banging music. On top of that, if you know how to play him right, you can chain several 100% accurate shots to the enemies head.

Lucio is an AOE support hero, so it’s not too surprising that he’s a top pick. My guess is that Lucio is popular because although he is a healer, he doesn’t really play like one. He’s more than capable of getting frags himself and has movement options that distract from his duties as a healer. Lucio is also able to influence the tide of the game with his ultimate, making him a top pick at all levels of competition.

Mercy is your stereotypical healer character. People resort to playing Mercy when they leave their comfort zone, like when they’re just starting to play competitive or they’re playing with friends with a much higher rank. Mercy dominates that type of situation and finds a lot of play as a result. The team can always rely on Mercy’s abilities to be a beneficial force toward winning, so she’s the go-to support for ambiguous situations.

Should something be done about their popularity?

Should Blizzard step in and forcefully level the playing field? Do we want to have a game where every hero is equally popular? All of these questions come to mind when we wonder how Blizzard should interpret this information.

My view advocates Blizzard to watch from a distance. I think the metagame grows to be more complicated and interesting if it has more room to breathe. Patches regarding hero popularity should rarely take place. Many people disagree and claim that it’s better for Blizzard to keep tweaking everything until it looks good, but I think that’s a recipe for disaster.

The data that was used for this article came from overbuff.com. Make sure to check them out. 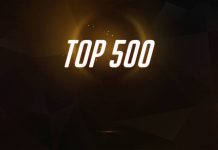