League of Legends Warren Francisco -
-255
2020 World Finals Results Are In! For the first time since the 2017 World Championship Grand Final, the League of Legends Champions Korea finally returned...
via artstation.com

The question whether to favor casual or competitive players when making game design decisions is relevant to all esports. Especially in Overwatch; different reasons to play the game turn the userbase into a casual-competitive divide.

It’s tempting to ask which one should be favored, but to give a substantial answer to that question requires a ton of work. Maybe we can start with something simpler, like investigating the difference between casual and competitive, and how game design choices cater to either side. So what’s the casual-competitive dichotomy and why is it important when we talk about game design in esports and particularly Overwatch?

What’s the difference between casual and competitive?

From what I can tell, there are only two key differences between casual and competitive play in any esport.

1. Playing for money
2. Playing in a competitive structure (tournament/ladder & teams)

Professionals play in tournaments to compete for money. That much is clear. But notice how these points don’t have much to do with game development. That’s a sign that the concepts aren’t as related as people like to claim.

But we often talk about a patch making a game less competitive. So how can design choices affect the competitiveness of a game, when the things that make a game competitive appear to all be external influences?

The second criterion isn’t anything special. It has more to do with running tournaments than game design in itself.

To emphasize this point, take a look at Stunlock Studios, James “2GD” Harding’s game project before Diabotical. The main implementation that the game pushed just like our second point: automated tournaments, ladder structures and such. But the game failed (at least in part) because those features aren’t needed within the game.

So, the second criterion is useless as a guideline for game developers. Number one, however, is completely relevant.

Esports are the result of design choices that promote competition

When we’re talking about the Widowmaker scope update, and how it catered to the casual user base, the important change to note is how it influenced her move set.

By removing her quick scope, Blizzard reduced the amount of options that the character has at any given time. This change made the character less difficult.

The difficulty of being good at a game affects the incentive of playing it for money, which is our first criterion of competitive play. After all, if you know that spending 2000 hours more than the next person will make you win more consistently, you would have more reason to invest those 2000 hours than if they didn’t bring you any benefits. So game developers can influence the competitiveness of their games by adjusting how difficult it is.

When it comes to answering how this is done, the question becomes a little more complicated. But I have a hunch that it’s dependent on the complexity of the game and the difficulty of becoming good at the game. 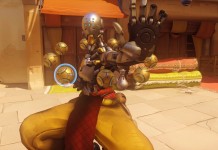