But is he really that bad now? What’s up with Genji, and was he really nerfed to the ground?

Basically, Blizzard reduced the Dragonblade (Ultimate) duration while Swift Strike and Dash bugs were fixed. But most importantly, his jump reset, a.k.a. his third jump, was also removed.

Honestly we can just forget about the other nerfs because we all know (maybe just subconsciously for some of you plebs) that we would still play him if those were the only changes.

Removing the third jump is a huge deal. It completely alters Genji’s movement set. Seagull, a prominent DPS player for NRG, expressed similar thoughts on the day of the update. Basically, Genji can’t navigate around maps as effectively as he used to. Also, it forces him to fight on the ground now that his dash is more important.

Many casual players welcome the changes, while professionals think that it was a massive mistake.

Genji needed the nerf on the casual side of the equation. Aiming at a Genji flying in and out of combat was too hard for less mechanically skilled players and especially on console.

It seems very likely that this update was geared toward console play. Excuse me while I clean up the spew on my desk, but is that for real?

It’s immensely challenging to balance the game for multiple platforms with different input formats. These challenges are best met by balancing the game for the PC version, since that’s what the competitive scene uses. Console balance issues should only be addressed if the change is also necessary for the PC version, or if console becomes the competitive standard (which won’t happen). Granted, this approach considerably limits console patching options, but it’s still the best way to fuel Overwatch’s esports presence.

This Tweet by Last Stock Legends’ PapaPaint summarizes my reaction to the update.

Expecting nuanced balance changes from Blizzard is like expecting a fancy new hairdo from a crazed axe murderer on bath salts.

And it’s really true. Blizzard loves to interfere with character balance. In a big way too. From top to bottom tier in one fell swoop has been the fate of other hero favorites in the past.

In an article discussing a recent Ana and McCree patch, I proposed that Blizzard should take a step back to have a better understanding of patching needs. Well, let’s just say that it didn’t happen. They removed Genji’s jump reset just a couple weeks later.

Again, it would be so much better to have more time between patches. Give players the space to properly understand character interactions and they’ll stop excreting nonsense feedback en masse.

Was Genji nerfed to the ground though?

Although the changes made Genji significantly worse, he’s still competitively viable. He’ll be more predictable, but his skill set is still good enough to be at least a situational pick.

It was a sad day for Genji, but it really wasn’t as bad you might have thought. The jump change wasn’t deserved, but he’ll survive.

Previous articleRogue Reinforce: “I’m Just Setting My Team up for Success”
Next articleEichenwalde: Thoughts and Implications 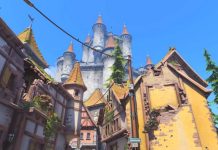