Blizzard announced their first Overwatch event; the Overwatch World Cup. Participants will be chosen by a Blizzard run community vote. The tournament will start with a group stage that will boil down to a final section held at BlizzCon 2016.

Instead of allowing teams to fight for qualification, participants can be elected by anyone who owns a copy of the game on the playoverwatch website.

Each person can vote for four of many players that were selected by Blizzard based on profile attributes.

Although your vote influences the final roster for your nation’s team, it’s not that straight forward. Basically, Blizzard will use the voting information to determine a captain for each region. The captain then picks the team with the help of Blizzard and the information provided by voters.

Funnily enough, I had to vote for the Austrian team although I haven’t lived there for the last three years. I guess the region is determined at the time of battle.net registration, which would explain the mistake with my account.

It’s great that basically every region is covered. Blizzard is aware that excluding specific regions for convenience can only harm the game’s scene. At the same time, they grouped smaller countries together to make the competition fairer. After all, selecting from a much larger pool of players should automatically increase the average skill level for that team. Blizzard dealt with the issue accordingly by finding a reasonable balance.

I think it’s great that anyone can participate based on merit. I didn’t recognize many of the players who were listed in my vote selection, meaning that Blizzard didn’t just blindly compile a list of pros.

It’s also nice to see an event that will give us a clearer picture of how important team preparation is for high level Overwatch.

The selection process has not been released to the public. Although the lack of transparency isn’t detrimental, it stops voters from understanding the context surrounding the candidates.

Unfortunately, the voting process is probably just going to boil down to a popularity contest. I would rather have Blizzard select the teams by an impartial algorithm to stop established players from flaunting their social media presence. Sadly, there’s only so much that can be done and most people are fine with that.

This tournament completely messed with our expectations for Blizzard’s first event. Teams and talent alike were working towards this moment, as success therein promised to cement relevance within the scene.

However, these expectations have been completely flipped. The world cup will radiate a casual vibe. So maybe the event will suffer from unmotivated professionals who refuse to spend time away from their team. Casters might also prefer to work in a more competitive circuit as well.

As it stands, the event’s success hinges on the potential of mystical solo gods. Let’s see how the dice fall.

Previous articleEichenwalde: Thoughts and Implications
Next articleOverwatch Ana Guide: 8 Tips to Be a Better Support 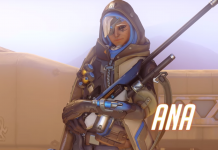