The most recent blog post on the Overwatch website has the community scratching their heads and donning tinfoil hats.

What Blizzard has given fans is an interview with a character from the game’s universe, 11 year old Efi Oladele, a Numbani native and robotics prodigy, who has just won the coveted Genius Grant from the Adawe Foundation. What’s she going to do with all that cash? Apparently, it involves going overseas to do something mysterious.

We’re not quite sure what the interview means, but we have a number of clues at our disposal. For starters, in Blizzard’s recent Lunar New Year patch, there were a couple of sneaky program files hidden in the update, apparently to be used for an unspecified future event.

One of these files was a music track that sounds quite doomy and possibly fisty.

Another file was a model of Numbani’s payload with the glass shattered out. 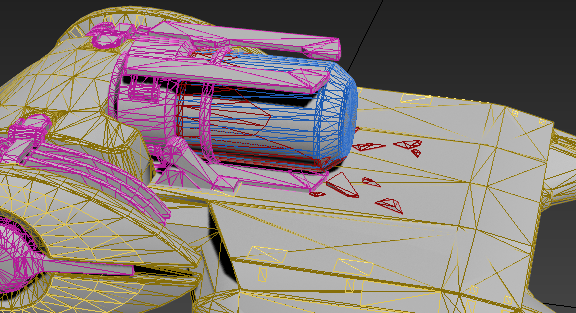 Overwatch fans were rabid with excitement, especially after all the hype about Terry Crews expressing interest in playing Doomfist, the fabled hero that the contents of the aforementioned payload was named after.

For the past several weeks, there have been two names on the tip of everyone’s tongue: Doomfist and Terry Crews. However, Jeff Kaplan unofficially officially shut down the hype with a curt, albeit ambiguous, statement: “24 is not who you think it is.”

Is Efi Oladele a Spider Tank?

This is obviously the first question that any logical person would ask after seeing Blizzard’s most recent blog post.

Snark aside, the next clue that we received (or rather a clue we received a few months ago, but is suddenly becoming more relevant) comes from an old 4chan post. Someone going by the handle of Blizzilieaks claimed that they had insider info about Overwatch’s development, releasing details about a Lunar New Year event “including a dope qi pao [skin] for Mei.” These predictions were all correct. 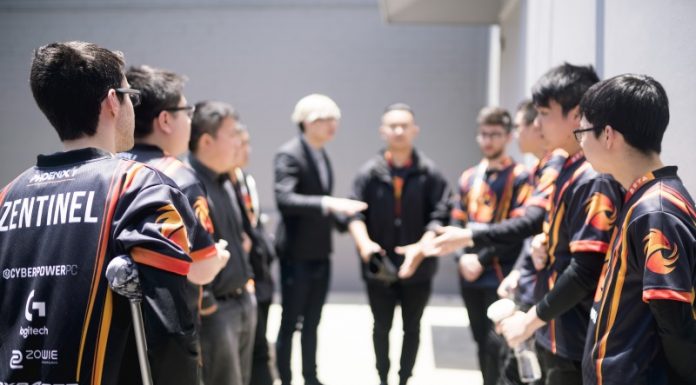 Blizzilieaks also described an upcoming cinematic for Mei, mentioned Doomfist, and shared that the next hero coming up would be a quadrapedal robot codenamed “Anchora.” The most intriguing detail that Blizzilieaks included was that Anchora has a West African accent, aligning her perfectly with what we know about Efi and possibly implying she is one of the child prodigy’s creations.

If one looks at Sombra’s conspiracy map, an object that certainly resembles a spidertank can be seen connecting the Doomfist gauntlet to the city of Numbani. Of course, everything that Blizzileaks says must be taken with a grain of salt. After all, Lunar New Year has been something that Blizzard usually celebrates in their games, and Mei getting a new skin could easily have been a lucky guess. Blizzileaks, later in the thread, claimed that Genji and Hanzo would be getting Lunar New Year skins as well, and neither hero did.

Get Him to the Greek?

Elsewhere on the internet, an actor named Alex Malaos has done some work for Overwatch, his part being credited only as “Greek“.

He’s since removed this credit from his website, which is in many ways even more telling.

Could we get a character in the future associated with the Ilios map, or at the very least a cinematic?

I looked up Alex Malaos, hoping to find a grizzled Spartan, Russell Crowe type, but what I found was more Russell Brand than Crowe.

Whatever part he plays in the Overwatch universe is sure to be entertaining.

Little Efi is planning her vacation in Russia. On Sombra’s conspiracy web, the new tech that Mrs. Volskaya was making shady deals to get her hands on is directly connected to Numbani. Could Efi have won the genius grant for creating this amazing new power source that Volskaya Industries covets to make war machines? It’s a bit of a stretch, but I think Volskaya will exploit Efi’s genius to make a new Omnic soldier, and this new soldier may or may not be spider-like in nature.

I’m almost certain the next hero will fit into the tank class due to the current condition of the Overwatch meta. Efi could be a Defense builder like Symmetra or Torbjorn, but senior story designer Michael Chu has more or less confirmed that Efi herself will not be the next hero, as she’s still a kiddo.

@Jalen_Nelaj That date is just our "real world" publish date. The interview takes place in the present day of the OW timeline.

In other words, it seems that we might be seeing an Omnic hero filling a niche within the Tank class.

Keep in mind that Blizzard has said in the past that they are working on multiple new heroes. Nothing is outside of the realm of possibility. By this time next year, we might see Anchora the Spider Tank, Doomfist voiced by Terry Crews, and a goofy Spartan with a British accent fighting side by side. 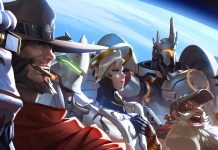