Dota 2 Craig Linscott -
-996
Silencer Here is a Hero that can silence entire stadiums of screaming fans. A fun trend that is going around in the larger LAN tournaments...
Featured image via Blizzard.

On February 7th, Blizzard shipped Patch 1.8 to the Overwatch PTR. We’ve got some huge news for Bastion fans, as well as some interesting changes to heroes with targeting abilities, and the addition of a server browser. There’s a lot to go over in this one, so let’s break it down.

Where to begin? Well, in the early days, Bastion was knocked by players pretty hard. The joke was that his passive ability was “Hold left-click to get Play of the Game,” but the reality is that new players simply didn’t know how to counter him. Once people figured out that Genji can deflect and turn him into spare Ikea pieces, you began to see him less and less, until you get to the pro level, where you see Bastion very rarely. Picking Bastion at the pro level is almost exclusively done as a surprise tactic. With that in mind, Patch 1.8 brings whole barrel of fixes to our favorite mechanical ornithologist:

Developer Comments: The goal of these changes is to move some of Bastion’s power from Configuration: Sentry to Recon, while keeping its sentry mode a strong option, especially versus tanks and barriers. Overall, Bastion should feel stronger and more flexible with these changes.

So what does this all mean? Well without headshot multipliers and with half the accuracy, his Sentry form will no longer turn inexperienced players to Swiss cheese, rather aged gouda like god intended. But with 50% more ammo, taking 35% less damage in Sentry mode thanks to his new passive Ironclad, and being able to transform between Sentry and Recon forms 33% faster, he’s going to look a little more appealing to wizened players.

But if that wasn’t good enough, his Recon mode is now less of a vehicle for transporting his Sentry mode, and now a viable fighter on its own. The spread on Recon mode’s assault rifle is much tighter and the clip has been increased from 20 to 25 rounds, plus Bastion can now use Self-Repair while moving, allowing Bastion to stand toe to toe with the likes of Soldier 76 without even transforming.

Speaking of Self-Repair, it is now mapped to alternate fire rather than the second ability slot. As I’ve said, it can be used while moving, and is no longer interrupted while taking damage. The biggest change to Bastion’s heal, however, is that it now uses a resource mechanic, similar to D.Va’s Defense Matrix. Not being able to heal indefinitely is one of the trade-offs for being able to recover health while jogging to the control point, I suppose.

Another Bastion nerf included in Patch 1.8 (one that’s not mentioned in the patch notes) is that switching from Recon to Sentry no longer automatically reloads your weapons. But hey, you’ve got more ammo.

TL;DR Edition
Bastion is now more mobile, more viable, and will shred a much more balanced ratio of noobs to veterans. Which is good.

We’ve all been there. It’s the bottom of the ninth and your team needs to make that last ditch effort to push the other guys off the payload. Luckily your Nano Boost is charged and your Reinhardt is ready to start swinging.

“You’re powered up, get in there!”

But to your confusion, Reinhardt isn’t glowing. An out-of-mech D.Va sprints by, surging with your misplaced electricity, and your speakers blow out from the sound of your team’s collective facepalm.

Sound familiar? Good news! Now you can individually adjust the sensitivity of not only Ana’s Nano Boost, but any hero ability with targeting- including Mercy’s beams and Guardian Angel ability, Zarya’s Projected Barrier, both Zenyatta’s Harmony and Discord Orbs, Sombra’s Hack, and even Widowmaker’s Grapple.

Adjust Zen’s Harmony Orb to be precise and deliberate, and his Discord Orb to be an indiscriminate murder aid–or vice versa!

Making, hosting, and joining custom games is now easier than ever with the new Server Browser. If you want to play a specific map, mess around with game options like removing cooldowns, or as Jeff Kaplan posited, trying a 6v1 “boss fight” where six heroes have low health and the one on the other team has triple, you can now make that game mode, host it, and have players join it.

TL;DR Edition
6v6, 5 Lucios, 1 Ana with unlimited Nanos. All Boostios, all the time. Come at me.

Other noteworthy updates include and may not be limited to

Read more about Patch 1.8 here or watch Jeff elaborate more on them here.

Previous articleSombra Guide: The Basics of Being Sneaky
Next articleOGN Apex Season 2 Week 3: Return of LunaticHai 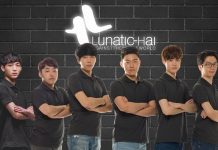