Dota 2 Craig Linscott -
-996
Silencer Here is a Hero that can silence entire stadiums of screaming fans. A fun trend that is going around in the larger LAN tournaments...
Featured image via OGN/YouTube.

Week two of Overwatch’s OGN Apex tournament featured exciting bouts between BK Stars and Meta Athena, as well as Lunatic-Hai and Afreeca Freecs Red. Only one night of gameplay–the two matchups listed above–went down in Seoul, as the OGN Apex team took Thursday off to celebrate the Lunar New Year.

The first bout consisted of Meta Athena making a clean sweep against BK Stars on Ilios, Hollywood, and Temple of Anubis. Word on the street is that BK Stars doesn’t have a primary shot-caller on the team, preferring a looser, more democratic approach to their matches. While this free-form style may have benefited them in the past, it was no match for BK Star’s clear and concise organization. Each of BK Stars players seemed like experts with their chosen heroes, but in the end, Meta Athena’s teamwork proved that the whole can be greater than the sum of the parts.

During the first match, Meta Athena’s Ha Jeong “Sayaplayer” Woo made it clear that he could almost certainly write a master’s thesis on excellent Zarya play. Viewers saw rocket jumping as a primary mode of transportation, with Sayaplayer reaching parts of the map that are seemingly inaccessible to anyone but Pharah or D. Va, and a series of Graviton Surges delivered with airstrike precision.

Although Saya definitely cleaned house with Zarya, he also showed some love to Tracer on Ilios, planting a magnificent Pulse Bomb followed by a Self Distruct from Kim Hye “Libero“ Sung. As Christopher Mykles put it: “When one explosion doesn’t work, use two.”

I may have to get that quote on a t-shirt.

Thirsty for vengeance after losing to Afreeca Freecs Red’s sister team, Afreeca Freecs Blue last season, Lunatic-Hai brought the heat. This time they brought eight members into the arena, taking full advantage of the extra versatility. Lunatic won 3-0, but it wasn’t an easy sweep. Afreeca Freecs put up a hell of a fight.

Lots of interesting character picks in this match. We saw a Zenyatta used by Lunatic’s Yang “Tobi” Jin-Mo to tremendous effect on both Lijiang Tower and on Volskaya Industries. We even saw Afreeca Freec’s Jeong Seun “Tydolla” Min, briefly snag a health pack from Lunatic-Hai as Sombra, who remains an unexpected pick in the pro circuit.

On King’s Row, holding the payload just a few feet from the destination, Lunatic-Hai endured not one but two team wipes before succumbing to ‘Freeca Freec’s offense. Indeed, they lost the first round, but were able to make up the next two, owing to Lee “Whoru” Seung Joon on Genji. If Saya’s Zarya was the star of the last match, Whoru’s Genji was the focus of this one.

And of course, everyone’s favorite part, when the entirety of Lunatic-Hai trolled the enemy D. Va on Volskaya. Caught out of her mech, they blocked her into a narrow corridor, hit her with a sleep dart, and took turns trying out their favorite emotes, proving that even at the professional level, gamers are really just in it for the lulz. 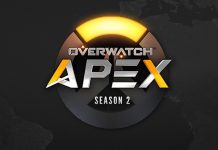