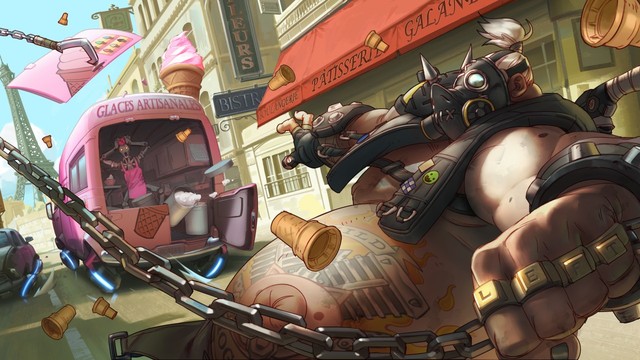 On January 5th, Blizzard shipped the first Overwatch update of 2017, and it included sizable buffs, nerfs, and general fixes to several heroes.

The most requested of these fixes is an update to Roadhog’s hook. Previously, players snagged by Roadhog’s hook were sometimes baffled at how it seemed to traverse the fourth dimension to pull them through walls, obstacles, layers of the Earth’s surface, etc.

This was because the ability is line-of-sight based, and the check was performed from the hook rather than from the hog. The hook isn’t a sentient terrifying tentacle beast, so now the check is performed from Roadhog’s end, which hopefully puts an end to heroes being hooked from around corners, across the map, or from the moon.

What the hell is the point? Fair question.

There’s some Advanced Gaming Calculus™ that goes into it, but basically, armor reduces damage in a way that standard Health doesn’t. Previously, tank shredders like Reaper were having trouble taking down D.Va the way that they were meant to. Now, Reaper’s shotguns pose a much bigger threat against little gamers in mech suits.

There’s also been a similar give/take update applied to D.Va’s Fusion Cannons. The damage of each pellet has been reduced from 3 to 2, while the total number of pellets fired in each shot has been increased from 8 to 11. Developers say that this should make her damage feel a little more consistent. From my own experience over the past couple days, I’ve  definitely noticed a subtle improvement to my damage output.

A critical update to Ana comes in a 50% nerf to the health boost from her bio-nade. One of the most often picked heroes, particularly in competitive play, this should drastically change how she’s used, as she’ll now have to work much harder to keep her tanks topped up.

Sombra players know the frustration of getting the drop on an enemy, trying to hack them, only to have them turn around and annihilate you before you can pull it off. Actually, Sombra players currently know a lot of frustrations, but they’ll be happy to hear the hack time has been decreased from a full second to .8 seconds. This is the first actual buff to the character, and hopefully not the last, as she still has plenty of kinks in need of working out.

The hero kill feed now shows when a hero is killed by an ability, an ultimate, and headshots. This new visual input may go unnoticed by players, but for the spectating community, and particularly the esports commentators, this information will tell us much more about the battle taking place outside of the screen.

The emote wheel now has an intuitive sub-menu allowing activation of up to four different sprays, emotes, and voice lines. That’s fun, right? 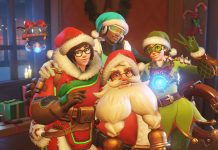