Dota 2 Eugene Torubalko -
-441
What to Expect for the Spring 2021 Dota Plus Update Dota Plus is a premium monthly subscription service in Dota 2. It comes with many...
Via .dotawallpaper.org

Not everyone enjoys playing support, we know that, but many professionals would argue that it’s the most challenging role and it’s crucial to have a few supports you can play well. There are plenty to choose from though so let’s take a look at the most important ones to learn.

Lich isn’t the flashiest of heroes. You don’t “outplay the enemy team with a Lich”. But he’s a solid choice for a safe-lane support. Frost Blast gives him a great way to harass in lane whilst Sacrifice should keep the lane under control and stop their offlaner from getting too much. Early on his Ultimate can do loads of damage and if he does start to fall off later on in the game then at least your carry should have plenty to farm to get you over the finish line.

The ultimate late-game support, Omniknight is a match winner and nobody likes to play against it. His ultimate wins team fights and Repel will give your carry a massive boost all game. He doesn’t have any disables though and struggles for mana in lane so best not to pick him into a super aggressive lineup. Omniknight combos with plenty of carries so try and get something in lane with him that works well with purification. If you don’t have a Meepo player that PA works just fine.

A popular support with professional teams and an underused hero in pub matches, Elder Titan brings a lot to his team. His Natural Order aura is insanely powerful, and with plenty of disable and team fight impact Elder Titan is definitely one of the best supports in Dota to master. As you can see from the clip above, he’s capable of inflicting some heavy damage if you can land his spells.

Tanky and annoying, Ogre is a great choice if you like to play aggressively – or you’re just feeling a bit tired and can’t be bothered to play something difficult. If you roam around effectively he can terrorize enemy lanes and once you start multi-casting those stuns he’s capable of crippling enemy carries and setting up easy ganks for his team.

If you are going to be greedy and head to the jungle then at least pick a hero that can have an early impact – like Enigma. Getting a fast Mekansm and pushing down a few towers will get your team on the front foot and we all know how devastating a Black Hole can be if you time it right. Just please, no matter what you do, don’t go for a Midas. 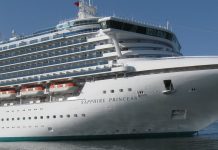