The Four Facets of Success

It’s all about perspective, right?

How do we measure the success of a team – specifically, a League of Legends team? Sure, there’s the obvious indicator of World Champion, but is that really all there is to it? I’m sure if I went out and asked a bunch of industry professionals which League of Legends team (not entire organization) they would rather own between Team SoloMid and H2K, the majority would prefer the former. It’s a big question, and there’s four (and more) lenses by which we can evaluate the success of an esports team: Results, Marketability, Consistency, and Potential.

We can take a look at the victor of this year’s World Championships, and they will objectively be the best performing team in the world. A lot of people love just counting the “W’s”. But even this measure is somewhat iffy. How do we count their victories? Is it the single most dominant point in time (Samsung White?) or a dynastic accumulation of victories (SKT). Is a team in one era more valuable than another? Do we look at their end placing, or their overall performance? Consider a specific case in Immortals.

Their regular season record over Season 6 was a combined 33-3, a virtually unprecedented level of seasonal success in history. Yet, they stumbled in the playoffs both times, and failed to qualify for worlds. For many, including the players themselves, the season was deemed a failure. But in my mind, they absolutely had a successful season, and were even more successful in my eyes than Splyce, who made it to worlds.

Their regular season raised the entire level of play for North America. Immortals’ players inspired innovative picks and strategic diversity not seen before in the lagging region. Further, they expanded their brand considerably from virtually nothing, which brings us to our second lens.

The marketability of a team is a huge determinant of success, both from a pure performance perspective, as well as in the grand scheme of things. A more marketable team offers more opportunities for revenue generation, thus expanding the infrastructure for the team. Better coaching, facilities, quality of life, and even signed players become available with more money. The defending champion Cleveland Cavaliers in the NBA are a prime example of this in sports, whose owner, Dan Gilbert, is unafraid of spending way over the cap to retain the most expensive roster in the League.

For League of Legends, marketability is even more important. Esports, though robust, is still incredibly volatile. Teams can disappear off the face of the Earth within a year of creation. Finding ways to generate revenue is key to the team’s survivability, and subsequently, their success. So while a team like TSM may have dropped out at the group stage, they’re still a juicy prospect for any owner, sponsor, or prospective player. Everyone wants to be under them, because they know they will be taken care of. 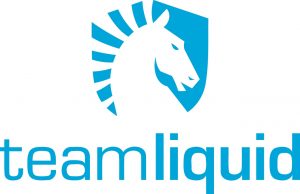 To reiterate the point of volatility in esports, we need to consider a team’s consistency to evaluate just how “good” that team is. Origen, under xPeke’s leadership looked primed to start a European dynasty after their first showings, but quickly went from hero to zero over the course of this year. Their value has diminished incredibly, and most people are glossing over them.

On the flipside, Team Liquid is meme-level consistent at placing 4th (despite a 5th place finish this most recent split). Their consistency, in addition to well-managed branding, makes them an attractive destination for all key stakeholders. Whereas championships may indicate the peak-performance, consistent placing establish a ground-level to build off of, and any good team should be able to rebound well.

On the opposite site of consistency lies potential. While Counter Logic Gaming has effectively turned this word into a joke, in practice, it’s still incredibly important. No one wants to work with a team that has already peaked.

So if we evaluate a case like TSM, again, by all of these measures, sure, they weren’t one of the top 8 teams in the world performance-wise this year. But they sure as hell have the rest of the package for success. Coupling the two most famous western League of Legends players in Bjergsen and Doublelift, with an organization that has the most “winning-est” culture in North America and attended every single World Championship, while still brimming with talent, domestically raised in Hauntzer and Biofrost – everyone is salivating to get a piece of this cake. 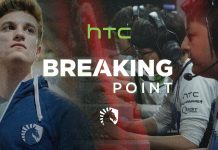