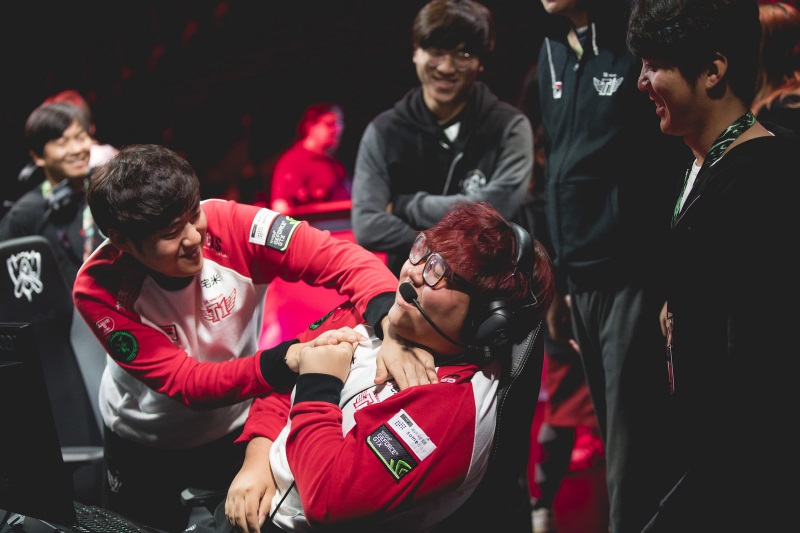 The first semi-final series of Worlds 2016, SKT vs. ROX Tigers, was an incredible match-up.

These are the teams you would expect to see in the grand finals, but instead, we got to see them kick off the semi-final action. The winner of this series is absolutely a favorite to win the entire tournament.

This game kicked off in SKT’s favor with jungler Bengi leading the way. Bengi was able to establish a serious CS lead over enemy jungler Peanut (Elise). Bengi was up 10cs 5 minutes into the game, and doubled Peanut’s 24cs with 48 of his own prior to the 10 minute mark.

Peanut and the rest of ROX looked a little nervous for the first half of game 1. ROX attemped multiple 3-man ganks that failed due to missed skillshots and poor positioning. Faker routinely pushed the mid lane wave and proceeded to roam around the map to establish vision for SKT by clearing pink wards and killing the scuttle crab.

Things started to look up for the ROX Tigers when they rushed out of base straight to the second infernal drake in a play that resembled what North American fans have come to expect from NA LCS team Immortals. ROX knew exactly what they wanted, and they secured their second infernal drake with minimal losses.

This play would shape how both teams would play the rest of the game. The next dragon would also be of the infernal variety. SKT made a decision to allow ROX to have their third infernal dragon in a row in exchange for Baron; essentially telling ROX, “we are going to beat you in the next 15 minutes”.

ROX, understanding that they needed to drag the game out, avoided confrontation. They allowed SKT to take control of their jungle and focused on surviving, but they didn’t roll over. After SKT cleared out ROX’s top side jungle and recalled, ROX saw their opportunity and rushed down Baron before SKT could respond. Just like that ROX had bought themselves more precious time to scale into the late game where their triple infernal dragons could be the turning point.

Next, it was SKT’s turn. The Elder Dragon spawned, but SKT had something else in mind. As ROX walked through mid lane with intentions of establishing vision on the Elder Dragon, SKT snuck around them, meeting up with a minion wave bottom and taking down the bottom lane inhibitor tower. The moment ROX returned to chase them out, SKT Duke took down the top inhibitor tower.

All that was left was a fight at Elder Dragon. SKT started the dragon, but ROX was ready to make a play. As both teams collide Bengi secured the Elder Dragon and Faker hits his Shockwave, instantly removing two ROX players from the map. SKT cleaned up the rest before running down mid lane and destroying the ROX nexus.

The craziness of this series was elevated to a completely new level when ROX locked in a support Miss Fortune. I’ll give you a moment to re-read that sentence and let it sink in.

ROX really grabbed a hold of this game at the 15 minute mark when they secured the first dragon of the game; an infernal drake. SKT lingered around the dragon seemingly without a real plan as ROX secured it, and then turned to take down 4 SKT players, losing none of their own.

ROX maintained their gold lead for the next 15 minutes of the game. They picked up a Baron and mid inhibitor without much resistance, until they overstayed inside of the SKT base. SKT earned 4 kills, reset, and went forward to execute a split push strategy.

SKT Making Progress, and the Backdoor

SKT appeared to be making progress pushing down multiple turrets at once, and they were, but that’s when ROX’s bot lane appeared inside of SKT’s base to attempt the backdoor.

The backdoor would prove successful. Duke’s teleport back to his nexus turret was stopped by a cross map arrow fired by Pray. By the time enough SKT members were able to recall, the ROX had them outnumbered.

Faker gets caught by the Ashe arrow, and @lolGorillA kills him with the Miss Fortune ult! #Worlds https://t.co/QUG81g7M8B

Miss Fortune support, again. RIP solo queue. Blank is also back in for SKT despite the loss.

The Ashe/Miss Fortune synergy would once again be huge for ROX. Gorilla, PraY, and Peanut roamed around the Rift combo’ing their ultimates and securing picks. Meanwhile, SKT focused top lane heavily. Smeb was successfully ganked multiple times, giving Duke (Ekko) a large advantage over him.

The amount of successful Enchanted Crystal Arrows fired off by PraY would be too much for SKT. ROX takes a 2-1 lead in this Bo5 series.

Bengi’s back on Nidalee and Miss Fortune is banned by SKT.

This game was played at a much slower pace than the 3 games that preceded it. SKT established a comfortable gold lead and held it all the way into the late game.

Finally, past the 30 minute mark, we had some action when ROX started Baron in response to Duke (Gnar) split pushing top. The Baron bait backfired. SKT got a pick on Zyra forcing ROX to back off, and Kuro fell soon after. Then a 3v3 skirmish took place as SKT prevented the remaining ROX members from recalling to stop Duke, who has taken down the bottom inhibitor and approaching the nexus turrets.

SKT managed to take down a single nexus turret before recalling, picking up an uncontested Baron, and then pushing onwards to end the game.

SKT steals Ashe, Bengi on Lee Sin, Smeb gets Jayce. ROX closes out a speedy pick comp that will be on the squishy side late game. Winner takes all, let’s go.

Peanut would use this advantage to pick up a kill for PraY in the bottom lane through a lane gank, but SKT soon evened things up when Bengi setup a kill in the bottom lane, and then another in the mid lane on his jungle counterpart, Peanut.

This game heated up when ROX attempted a Baron only 20 minutes in. Bengi was able to get into the pit, kick Peanut (Elise) out, but he didn’t have smite! Smeb secured the Baron for ROX, but only Kuro would survive with the buff.

The action continued when SKT tried to catch Smeb in the mid lane. That catch attempt evolved into a hectic skirmish which enabled SKT to pick up a few more kills, and grow their gold lead to 4K.

SKT took a huge stride towards winning this game when they caught PraY out, took Baron and then secured Elder Dragon; doubling the benefit of 3 cloud drakes and a mountain drake. It’s been 40 minutes of scaling for SKT. ROX is falling off.

The final team fight of the game had PraY being the first ROX player to die once again. Bengi forced the play, and then followed it with another one. SKT mowed down the remaining ROX players and destroyed the nexus.

SKT will take on the winner of H2K/Samsung Galaxy series on October 29th at 7:30pm EST. 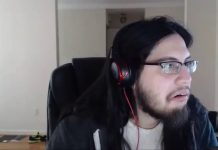