Mateusz Kikis Szkudlarek, top laner and former jungle master, announced his free agency on Friday, opening the door to either role for 2017.

The freshly turned top laner was a late addition to the lineup in July, replacing struggling top laner, Noh “Gamsu” Young-Jin, who was then dropped from the team.

I'm open for offers on jungle/top for both EU/NA. I'm under contract but I can speak on my behalf. DMs are open and I have CV ready.

In the spring, Szkudlarek was a member of G2 Esports, helping lead them to a victory in the European League Championship Series Finals before the team’s infamous implosion at the Mid-Season Invitational.

Prior to Season 6, he had served as a jungler for a handful of teams, most notably the Unicorns of Love.

Kikis is the latest Fnatic domino to fall following the departure of jungler Lee “Spirit” Da-yoon and retirement of long-time support Bora “YellOwStaR” Kim. When the former left this September, Fnatic stated they were looking forward to “significantly rebuild” following their most disappointing season since the inception of the LCS. 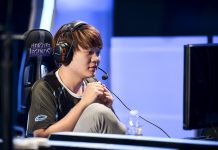 KonKwon Decides It's Not Time to Quit